The juggernaut of Sunrisers Hyderabad was washed away by the Gayle Storm as the universe boss showed his t20 prowess once again to the world. The team in yellow, Chennai meanwhile playing at the adopted home of Pune started off in style as they defeated Rajasthan Royals in a one-sided battle. Two Southen teams hungry for victory now collide against each other at Hyderabad. 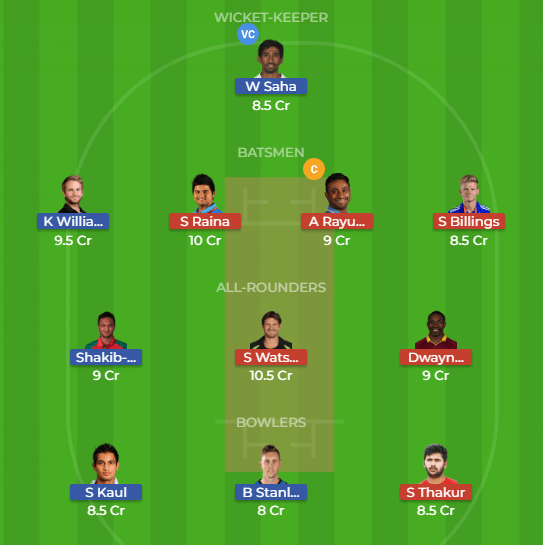 After winning their first three matches, Sunrisers Hyderabad was rocked hard as they confronted the Gayle-storm. Their bowling was carted and they did not have much of a chance in the chase. The limitations in their batting line-up showed up as they fell well short.

While bowling their ace bowler Rashid khan gave away 55 runs in his four overs and only Bhuvneshwar Kumar escaped the punishment. In batting, it was first Kane Williamson and then Manish Pandey who resisted the collapse but there was no realistic hope of chasing.

The loss will sting less since Chris Gayle can demolish any bowling attack in the world. One change Hyderabad may look for is the swap between Stanlake and Jordan although Jordan did well while bowling.

The extended support from the fans who specially traveled from did not go in vain as the Chennai team picked up a one-sided win against the hapless Rajasthan Royals team. Shane Watson crushed his former team with a century that took CSK to an unassailable total.

In the last match, Suresh Raina returned from his injury and batted with full style and swagger as he played attacking innings. Bowling from CSK was quite good as everyone was amongst wickets. Shardul and Karn Sharma impressed one and all.

CSK made two changes for the match at Pune. They brought in Suresh Raina in place of Murali Vijay and replaced Harbhajan Singh with Karn Sharma. Sharma with his performance in this match will retain his place. It won’t be a surprise if CSK goes in with the same team.