CSK captain MS Dhoni decided to bat first after winning the toss. With the help of some crucial knocks, CSK put a good fighting total of 176/4 in 20 overs.

In reply, the in-form opener Jos Buttler almost single-handedly guided his team to a crucial victory as RR chased down the target in 19.5 overs after losing 6 wickets.

Now, we will briefly talk about some important reasons for CSK’s defeat in this game.

Also read: (RR vs CSK) – Turning Point of the Match

Batsmen failed to play big innings after the good starts

Though some CSK batsmen played good knocks like Shane Watson (39 runs), Suresh Raina (52 runs), they should stretch their innings longer. While CSK was thinking to put a good total on the board, both the set batsmen Watson and Raina were dismissed in quick successions which slowed down their run-rate.

Later, MS Dhoni (33* runs) and Sam Billings (27 runs) tried hard but they missed the presence of a set batsman on the crease.

Also read: The over which changed it all for Rajasthan Royals

In the crucial moments, CSK bowlers were once again inconsistent on their line and lengths. Despite getting wickets in regular intervals, their lack of consistent bowling helped the hosts to move on from the pressure situations.

CSK’s inconsistent bowling helped the hosts’ batsmen to create some important partnerships that ultimately led them to the crucial victory.

RR opening wicketkeeper-batsman Jos Buttler again performed with the bat as he almost single-handedly guided his team to a crucial victory. Scoring fourth consecutive half-centuries in the ongoing IPL season, Buttler was not out on 95 runs off 60 balls with 11 fours and 2 sixes. His patience innings became the ultimate difference between the two teams in this game.

While other batsmen were struggling against the CSK bowlers and even failed to cross the 30-run mark, Buttler patiently guided his team to an important victory in this season. 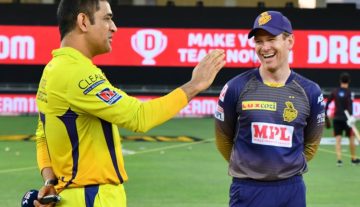