The first playoffs match of the ongoing 11th edition of the Indian Premier League (IPL) is scheduled to be played between Sunrisers Hyderabad (SRH) and Chennai Super Kings (CSK) in Mumbai. Both the teams have played pretty dominating cricket all through the season. While SRH has been known to defend lowest of the totals in IPL 2018, CSK had been able to chase down the biggest of the totals this season.

However, in terms of the winning momentum, SRH has lost their last two league matches, CSK has registered a memorable win against Kings XI Punjab (KXIP) on Sunday. Here are the probable playing XIs –

SRH are confirmed in the playoffs at the number one position. Except for the last two league matches, the team that was winning every match comfortably. Their last match was against KKR, they lost defending a decent total at their own turf in Hyderabad. The good part of those lost matches was that was that they came really close to the target with Williamson in super form and also, Manish Pandey’s return to form will make them happy.

In the match against RCB, SRH rested Bhuvneshwar Kumar and included Thampi. He recorded worst IPL bowling figures. Kumar is likely to play in the playoffs now.

MS Dhoni and his men in yellow cleaned up the Hyderabadi team in the previous match they played in the league stages. The shining spot was once again Ambati Rayudu who scored a fifty.

In the league match against DD, it was the match against a team that had nothing to lose, CSK bowled well in patches and contained DD. It was in the last over that Bravo was hit for 28 runs and it changed the game. CSK batting had a rare failure. In the last match, they dropped David Willey to include Lungi Ngidi who bowled really well. CSK may do some changes considering this is the playoffs. 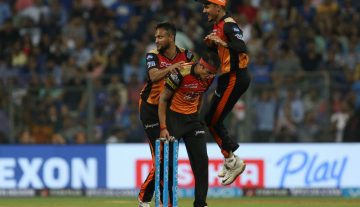