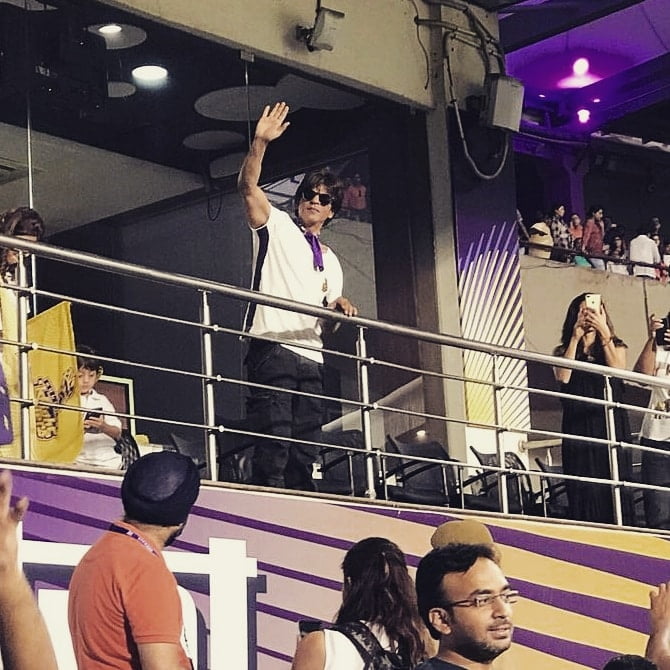 KKR co-owner Shah Rukh, clad in white t-shirt and jeans, waved and showered flying kisses after entering the arena a little less than an hour before the start of the big-ticket clash.

Dinesh Karthik-led KKR won the toss and elected to field first against a strong RCB.

Shah Rukh was likely to be present for this game but the veteran actor might not be able to attend most of KKR’s matches this time due to shooting commitments.

The 52-year-old has been shooting in the United States for Aanand L Rai’s “Zero” which also stars Katrina Kaif and Anushka Sharma.

Ever since the inception of the IPL in 2008, Shah Rukh has been a constant feature in KKR home and away games.