With the end of the second week of the 12th edition of the Indian Premier League (IPL), it’s still difficult to guess which team is the clear favorite in this season. However, the Kolkata Knight Riders (KKR) is once again leading the charts with three wins already under their belt. On the batting front, David Warner is still leading the table with 279 runs in 5 innings at a strike rate of 158, while on the bowling front, surprisingly, the fiery pacer, Kagiso Rabada is donning the purple cap as he has scalped 11 wickets and maintained an economy of 7.55 in first 6 games.

As an amalgamation of some of the best batting, bowling, and fielding efforts, let us try to make a combined XI from all the teams, considering the individual performances of the players.

The Kings XI Punjab (KXIP) team has played two games in the second week. In the first game against the Delhi Capitals (DC) KL Rahul scored 15 off 11 balls. He smashed two fours and one six in that innings and his team won the match by 14 runs. In the other game against CSK, Rahul almost took his team over the line with his knock of 55 runs in testing conditions. However, despite his knock, his team lost that game by 22 runs.

After a poor outing in the first week, RCB skipper Virat Kohli got his form back in the second. His team played three matches this week. Despite having a failure against the Rajasthan Royals (RR), where he was dismissed by Gopal for a low score of 23. His best knock of this season came against KKR where he amassed 84 runs off 49 deliveries. Under pressure, he played a knock which was pretty low from his standards against DC where he scored 41 runs. He failed to finish well in the match for RCB. Yet, he remains one of the better openers of the second week. 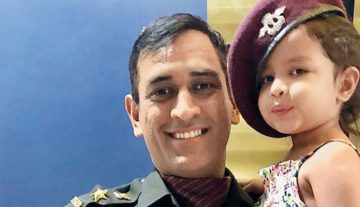