The Sunrisers Hyderabad (SRH) was locking horns with Delhi Capitals (DC) at the Rajiv Gandhi Stadium in Hyderabad. After winning the toss, the SRH skipper, Kane Williamson asked the visitors to bat first. However, the hosts started on a rough note as both their openers, Shikhar Dhawan and Prithvi Shaw, still, they managed to win the game by 39 runs.

During the toss, the DC skipper, Shreyas Iyer revealed that they have made a couple of changes in the squad as Colin Ingram and Rahul Tewatia made way for Colin Munro and Amit Mishra. On the other hand, SRH made as many as four changes in the squad as Mohammad Nabi, Yusuf Pathan, Manish Pandey, and Siddharth Kaul made way for, Williamson, Ricky Bhui, Abhishek Sharma, and Khaleel Ahmed.

WATCH – Abhishek Sharma Gets A Six And Out Against Colin Munro

Both the opening wickets were taken by Khaleel. He dismissed Shaw in the 2nd over followed by Dhawan in the fourth. After their dismissal, Munro along with Iyer added 49 round for the third wicket before the former getting out to the young Abhishek Sharma in the 8th overs. However, before getting out, Munro smashed Sharma for a huge six over long-on.

After Munro’s dismissal, Rishabh Pant came out to bat and he added 56 runs with Iyer for the 4th wicket before the latter getting out in the 16th over by Bhuvneshwar Kumar. In the next 8 runs, Delhi lost two more wickets of Pant and Chris Morris by Khaleel and Rashid Khan respectively. DC was reeling at 142/6 after the 19 overs with Keemo Paul and Axar Patel batting at the crease and they managed to reach the total of 155/7 in their quota of 20 overs.

During the chase, both the SRH openers, Jonny Bairstow and David Warner came out all guns blazing as they added as many as 72 runs for the first wicket before Bairstow getting out in the 10th over by Paul. After his dismissal, Williamson also got out 12th over leaving SRH at 78/2 after 12 overs. For the third wicket, Warner and Ricky Bhui added 23 runs for runs, before the latter getting out in the 16th over.

WATCH – Bhuvneshwar Kumar Had The Last Laugh Against Keemo Paul

After Ricky’s dismissal, SRH never managed to get back in the game as they needed around 55 runs in the last 5 overs and in an attempt to up the ante, the hosts kept on losing wickets in the regular interval as they got bundled out for 116 in the 19th over. SRH lost two wickets in the 17th over of Kagiso Rabada, three wickets in 18th over of Chris Morris, and again in the 19th over of Rabada they lost the last two wickets as well. On all the three overs, both the bowlers had the chance of taking a hat-trick.

Dei Sunrisers what are you doing? You just delhi-ed yourself after 10 overs in that Chase! #ipl2019

What a win Delhi, 10 points on the table…. Rabada has brought so much fortune to this side and they've now won 4 consecutive games, move to the second in Points Table.#IPL2019 #SRHvDC pic.twitter.com/34gEffGspu

and with that result, exactly half the number of games of #IPL2019 have been completed! #SRHvDC

Rabada is a STAR! Big win for #DC. Gives fillip to prospects of winning the title. Beating #SRH not easy & on their turf even more difficult. Hyderabad didn’t plan run chase properly. Undecided on how much and who to attack. Also Bhui batting ahead of Shankar?!

Hey @SunRisers, Bring back experienced player like yusuf pathan in playing 11. He may not be consistent but he can win matches for your team on his days. #SRHvDC #IPL2019

The young, underrated, underdogs (Delhi Capitals) have decimated 3 top favourite teams this year! All because of good team effort and having a strong belief.. #IPL2019 @DelhiCapitals #SRHvDC
the table is open!

Delhi's pace bowling attack is probably the best in this season.#SRHvDC #IPL2019

This @DelhiCapitals side are the dark horses for this IPL. Coming out on top with another fine victory. A young squad and captain with some fantastic talent there. Not to forget the management. #SRHvDC #IPL2019 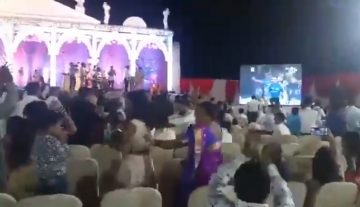