Rajasthan Royals and Kings XI Punjab were playing in the 32nd match of the Indian Premier League 2019. Rajasthan won the toss and invited Punjab to bat first. Chris Gayle played some big shots but took too many balls to score his 30 runs. Mayank Agarwal was also hitting the ball good but got out too soon. KL Rahul remained unscathed from the other end to score yet another fifty in IPL 2019. David Miller tried to boost KXIP’s total in death overs and scored 40 runs in 27 balls, where he hit two fours and two sixes. Punjab managed 182/6 in 20 overs as they couldn’t score too many runs in death overs.

In response, Rajasthan got off to a flier, thanks to Jos Buttler, who was smashing Punjab bowlers for fun. Debutant Arshdeep Nath dismissed him on his debut match for 23 runs. Rahul Tripathi came to open the batting and scored a well-fought half-century, but it came at a slow pace. Rajasthan was in the chase until the 12th over but they were scoring runs slower than required. Sanju Samson, Ajinkya Rahane and Buttler all got good starts but they failed to convert them into a big score. This cost Rajasthan the match by 12 runs in the end.

Watch – R Ashwin smashes 17 runs off the final over

When Punjab lost their first two wickets inside first ten overs, KL Rahul decided to hold one end tight. He took his time to settle in but unleashed himself towards the end to cover up for those balls. In the process, he notched up another fifty in IPL 2019 and got out after scoring 52 runs in 47 balls, where he hit three fours and two sixes.

Whenever Rajasthan is in need of a wicket, Jofra Archer always provides them one. He was bowling well against Kings XI Punjab in Mohali. Apart from being economical, he provided Rajasthan their first breakthrough with Chris Gayle’s big wicket. In his final over, he removed dangerous West Indian batsman Nicholas Pooran and Mandeep Singh. Archer finished with the match figures of 3/15 in his four overs.

Watch – Rahul and Miller smashes huge sixes in Sodhi’s over

When these two teams played last time in IPL, Ravichandran Ashwin turned the game in Punjab’s favor by Mankading Jos Buttler. He again turned the game for Punjab but this time he didn’t Mankad any batsman. Ashwin didn’t allow Rajasthan bowlers to go away with the match and pulled the run-rate back. In the process, he dismissed well-set Sanju Samson and Rahul Tripathi. Ashwin leaked just 24 runs in his four overs to win the game for his team. Earlier, he scored crucial 17 runs off 4 balls to boost Punjab’s total to 182/6 in 20 overs. 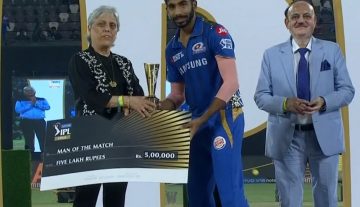