During the toss, the KXIP skipper, R Ashwin revealed that they have made two changes to their squad as Sam Curran, Andrew Tye,  and Sarfaraz Khan made way for Arshdeep Singh, Mujeeb Ur Rehman, and David Miller. On the other hand, RR also had three changes in their squad as Steve Smith, Liam Livingston, and Krishnappa Gowtham made way for Ashton Turner, Stuart Binny, and Ish Sodhi.

During their partnership, Rahul, who started very cautiously decided to take on the bowlers in the 14th over when he and Miller smashed Sodhi for one six each. After Rahul’s dismissal, Jofra Archer dismissed, Nichola Pooran and Mandeep Singh in the penultimate over before Dhawal Kulkarni dismissing Miller on the first ball of the final over and Punjab was reeling at 164/6.

Then came Ashwin to bat and he smashed 17 runs in just 4 balls in that over with the help of two sixes and a four. He started with a boundary then took a single and Mujeeb gave him the strike back for the last two balls and both of them were smoked for sixes. The first one went over the mid-wicket while the final one was over the fine-leg boundary as he played a scoop shot. It helped KXIP to reach the total of 182/7 in their quota of 20 overs.

Here are the videos of both the sixes: 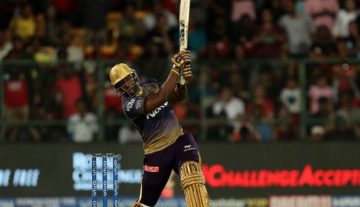