The Rajasthan Royals will take on their Northern Counterpart Kings XI Punjab in the 4th Match of IPL 2019 league stage. It will be the first games for both the teams and both of them will wish to start with the 2 crucial points. Rajasthan who finished 4th last season will be looking to improve from their previous season with their star batsman Steven Smith back in the squad.

Kings XI Punjab who always start with very fresh but start losing in the middle and fight on for the top 4 spots in the last matches and then somehow gets knocked out. The last time Punjab were seen in Top 4 spots at the end of the league was in 2014 when they lost the only finals they had appeared against Kolkata Knight Riders.

Let us take a glance at the 5 players who can perform out of the box in the match between RR vs KXIP.

The 27-year-old got his recognition for his leg-breakers in the Tamil Nadu Premier League with impressing the IPL owners, which made him get a big contract, he is the highest bid this year among all players sold to Kings XI Punjab for 8.4 crores. He will join alongside skipper Ashwin and Afghan spinner Mujeeb-Ur- Rahman as the third spinner of the team. Chakravarthy can start his IPL career as Sawai Man Singh Pitch is friendly to him and should use it perfectly to turn the ball. 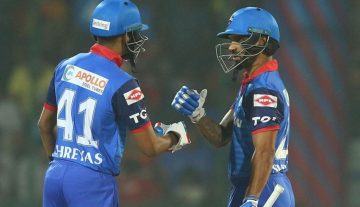