In the 11th edition of the Indian Premier League (IPL), Ambati Rayudu played some dominating knocks and it resulted in him getting back to the national squad. On the other hand, in the ongoing season of IPL, he has been going through a rough patch as he has failed to make an impact in this season so far. His poor form resulted in him getting excluded from India’s World Cup squad.

During the second qualifier, Rayudu was struggling to meet the ball with the bat and it prompted former Australian cricketer Michael Slater to take a jibe at him. Currently in India as a part of the commentary panel, Slater could not manage to control his laugh during the match between Chennai Super Kings (CSK) and Delhi Capitals (DC) on Friday.

CSK was chasing a tricky target of 148 and during that, Rayudu completely failed to hit a half-tracker from Axar Patel. The ball was there to be hit but the batsman made a mess of it. Upon seeing that, Slater ended up taking a slight dig at Rayudu. The cricketer-turned-commentator said that even his 6-year-old son could have hit that.

“Even my 6-year-old son could have hit this one for a boundary,” Slater said on the mic. Slater’s fellow-commentator was quick to respond to the banter, saying: “With a height like yours, your son would surely.”

Well, Rayudu did well to stay unbeaten till the end and take his team over the line against Delhi as CSK reached their 8th IPL final.

Talking about the game, one has to say that when it comes down to clinching the knockout game, experience helps more often than not. CSKkept faith on the same set of batsmen for the whole season and in the much-needed game, it has paid rich dividends to them in the second qualifier against DC. Two of their senior players, Faf du Plessis and Shane Watson, slammed half-centuries to kill the chase early after a slow start and chased the total of 148 with 6w wickets in hand and as many balls to spare. 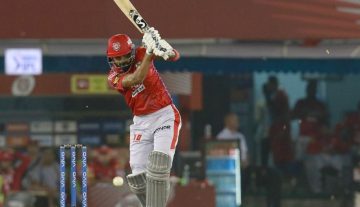