On Global Recycling Day, the Indian Premier League (IPL) franchise Royal Challengers Bangalore (RCB) took to Twitter to declare multiple “Green games” during the upcoming season. We have witnessed the RCB team, who are well known for showing their love for heir love for the environment, donning green jerseys during India’s biggest money-spinner. The franchise will begin its campaign in the 12th season of the IPL in the season opener against the defending champions and one of their biggest rivals Chennai Super Kings (CSK).

ALSO READ: Who Will Be The X factor Of Royal Challengers Bangalore (RCB) In IPL 2019

On March 18 of every year was so declared as the ‘Global recycling day by the foundation. To honor this day, which is celebrated with the theme, ‘Recycling into the future’, the Royal Challengers Bangalore have vowed that they will contribute to going green campaign. People from around the world are invited to show their support for recycling on this auspicious day.

The RCB has been seen in green jerseys in many IPL games before. The Royal Challengers Bangalore will put on the green jersey to make a step to save the planet, yet again in this season of the IPL. The most special thing about the green jerseys that are worn by the RCB players is the fact that they’re made out of recycled plastics.

The jersey is a symbol of the franchise’s promise to #GoGreen and a way into stepping up to save the planet. Virat Kohli’s men are all set to begin this season on a high note. With star players like AB de Villiers in the side, the Bangalore representative in the IPL is expected to make a great impact. Moreover, fans would be in anticipation to watch their heroes in action again.

Here is what RCB tweeted:

Did you know the green jerseys worn for the RCB Green Games are made of recycled plastic? The jersey is a symbol of our promise to #GoGreen and our way of stepping up to save the planet. This Recycling day, let’s take a vow to do our bit. We are #GameForGreen 💚 #PlayBold pic.twitter.com/ms0yJm5H4K 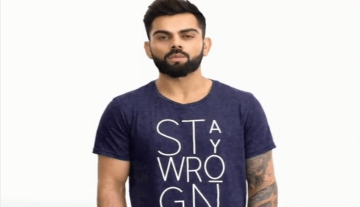