The Indian all-rounder, Hardik Pandya shares a special bond with his Indian Premier League (IPL) franchise, Mumbai Indians (MI). Despite being with the franchise for just half a decade, he has become one of the biggest match-winners for the team. It was the scouting team from MI that helped him earn an IPL contract in 2015.

Hardik has been playing the role of a floater in MI’s batting line-up and played the finisher’s role to the best of his abilities. Apart from his batting, more often than not, he tends to get a wicket or two in a match. He has been an excellent all-rounder over the last three seasons.

However, Pandya has been struggling with injuries quite a bit in the recent past. Hence, with the T20 World Cup in October, India may not want to take any chances with him. He plays a crucial role in providing a proper balance to the squad. Thus, here we look at three players who can replace Hardik Pandya in case he is not fit to play due to his bacj inury, but Mumbai Indians can’t have a foreign player they already have eight overseas players in their squad.

It has been a tough time for Manoj Touwary in recent times as far as IPL is concerned. Despite his consistent performances, he never managed to make a name for himself. In fact, he hasn’t got any contract in the last couple of seasons. However, Tiwary has recently been in the news when he scored a maiden triple ton in first-class cricket.

It was only in 2017 that he played a crucial role in helping Rising Pune Supergiant (RPS) reach the final. He played the finisher’s role quite aptly and scored 324 runs at a strike-rate of 137.29 in that season. He was discarded only after five matches in 2018 and never managed to make a comeback. Hence, Tiwary could be a decent pick and the small boundaries at Wankhede might suit him as well. 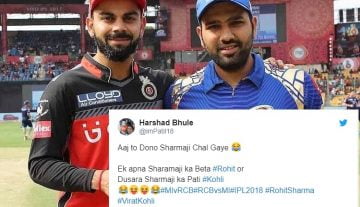