IN 2019, the Rajasthan Royals (RR) failed to unite as a team. The disharmony of results on the field led to a chop and change in leadership as well, with Steve Smith being handed the reigns midway through the tournament last year. They have invested heavily in the overseas basket, requiring them to fire from the onset if they are to reach the playoffs.

CSK won their opening game agaianst Mumbai Indians (MI) with the help of brilliant knocks from Ambati Rayudu and Faf du Plessis as their side a five-wicket win after Sam Curran impressed on his CSK debut in the absence of Dwayne Bravo. But CSK will be confident having had overcome Rajasthan in both their clashes last season.

While the conditions were quite different in Abu Dhabi, Sharjah will throw the teams a different challenge. According to RR head coach Andrew McDonald, CSK will bank on the experience of their squad to tackle any challenge thrown at them.

A different surface to Dubai or Abu Dhabi in terms of runs and the size of the ground. It’s touted to pose a tough challenge for the bowlers. A high-scorer match can be expected, in contrast to the other two venues, where the batsmen found the going tough.

For RR, Jos Buttler will not be abale to play the first match due to the quarantine rules, having flown in later with his family. Ben Stokes continues to be in New Zealand as he is supporting his ailing father. It gives the Royals the opportunity to test their overseas bench strength and give Tom Curran and David Miller to prove their mettle, should they be needed at a later stage. Royals had the worst RR (9.29) and ER (11.34) is the death overs (16-20) in IPL 2019.

Sam Curran was the wrecker-in-chief for CSK as he made sure that the team din;t feel te void created by Dwayne Bravo and will remain so for the second game too. Curran also provides a left-hand batting option in the middle order in the absence of Suresh Raina. Apart from him, Ruturaj Gaikwad, after two weeks in isolation, returns to CSK’s bio bubble post two negative Covid-19 test results. He resumed training as well, but it’s not clear if he’s eligible for selection just yet. 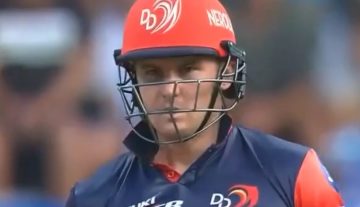