Mumbai Indians (MI) registered their first win of the Indian Premier League (IPL) 2020 by defeating Kolkata Knight Riders (KKR) by a huge margin of 49 runs on Wednesday in Abu Dhabi. MI skipper, Rohit Sharma was the star performer as he scored 80 off 54 deliveries as he got support from Surya Kumar Yadav (47 off 28 balls) as Mumbai reached a total of 195/5 in their quota of 20 overs.

Chasing 196, the KKR failed to get the much-needed start as by the fifth over they had the score reading only 25 after the dismissal of Shubman Gill and Sunil Narine. Surprisingly, Dinesh Karthik promoted himself to number three while Nitish Rana walked in at the fall of the second wicket. But both the batsmen couldn’t up the ante and match the required run-rate. Karthik played some delightful strokes but KKR was always behind.

WATCH – Hardik Pandya Gets Dismissed In The Most Bizarre Way Possible

Karthik and Rana were dismissed in quick succession and then Russell came out to bat, when KKR was requiring 119 runs from 46 deliveries. To make things worse, Eoin Morgan was finding it difficult to middle the ball. The only hope was from this duo for KKR but Rohit had kept three overs of his ace bowler Bumrah with seven overs to go and the latter proved what a champion bowler he is by sending back Eoin Morgan in the 16th over itself.

To everyone’s surprise, though Pat Cummins had some fun in the middle and reduced the winning margin for MI. He hit four sixes off Bumrah in a single to disturb his exceptional figures. Eventually, KKR only reached 146 runs for the loss of nine wickets to lose the game by 49 runs.

Earlier, MI lost Quinton de Kock in the second over itself then, Rohit Sharma unleashed himself when Cummins was brought into the attack in the fifth over. The Australian bowler bowled a couple of short of length delivery only to trigger the MI skipper as he smacked maximums showing his prowess. Along with Suryakumar Yadav, Rohit targetted Sunil Narine and Kuldeep Yadav in their respective first overs.

However, the spinner came back well after the strategic time out which led to Surya getting run-out in search of a non-existent second run. Come the 14th over of the innings though Rohit Sharma decided to go bang-bangf and smashed Kuldeep for a couple of sixes in the over. However, when he was looking to open up, even more, Shivam Mavi got the big fish.

MI didn’t get the final flourish as expected but they managed to reach 195 runs for the loss of five wickets in their 20 overs which seemed par at the halfway mark. Shivam Mavi impressed for the KKR but the other bowlers, especially Pat Cummins, disappointed. The score proved to be enough in the end as the defending champions got off the mark to register two crucial points.

Here is how Twitterati reacted to MI’s first win:

Whoa! KKR can’t win but Cummins messes up Bumrah’s bowling figures with a flurry of 6s. Made some amends for his profligate bowling

Solid comeback from @mipaltan led by the skipper @ImRo45 and @surya_14kumar then with the ball Boult Pattinson and Bumrah all contributed. Chahar picked up DK so solid overall.

Cummins avenges his own figures, but it's been a night to forget for the Knight Riders. #KKRvsMI

It’s certain that @KKRiders will not be able to cross the finishing line. They should try and make sure that they shouldn’t loose the game with a big margin. If they do it might haunt them in the later stage of the tournament.#ProGyaan #IPL2020 #KKRvMI

Big ground,great use of bouncers by #mi . Came to ball with proper plan. Huge win that for @mipaltan #RohithSharma #bumrah #boult #surya

Brilliant batting by #MI, but bowling even better IMO. Shackled the #KKR top order till the run rate mounted to an impossible level to overhaul. Early days, but KKR have lots of wrinkles to iron out

Pat Cummins is the only batsman in T20 history to hit four sixes off a Jasprit Bumrah over. #IPL2020 #KKRvMI 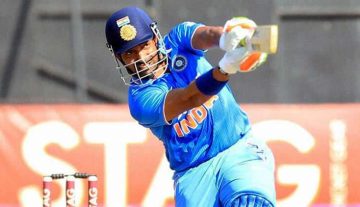