The Indian Premier League (IPL) mini-auction for the upcoming season of 2023 has been taking place in Kochi and it will be interesting to see how each of the teams finally shapes up. Here is what the Royal Challengers Bangalore (RCB) are up to in the auctions.

Royal Challengers Bangalore bought Recce Topley for 1.9 Crore which is their first overseas player at the Indian Premier League 2023 mini-auction as well. He plays for Surrey in domestic cricket. However, RCB had a bidding war with Mumbai Indians and Chennai Super Kings to buy the England pacer but they sealed the deal in the end. Meanwhile, Topley became RCB’s 7th overseas player in the squad after Faf du Plessis, Finn Allen, Josh Hazlewood, Glenn Maxwell, Wanindu Hasaranga and David Willey as well.

Himanshu Sharma was Royal Challengers Bangalore (RCB) franchise’s second buy in the mini-auction. Notably, he was bought at the price of Rs 20 lakh as well.

Royal Challengers Bangalore (RCB) acquired the service of Will Jacks during IPL 2023 auction. The franchise spent Rs. 3.20 crores for him during the auction as well. It is also noteworthy that, Will Jacks had a base price of Rs 1.5 crores in the IPL 2023 auction as well. Will Jacks, 24, is an England batting all-rounder who bats right-handed and bowls right-arm off-spin also. He has also played a few games for England’s national cricket team as well.

Royal Challengers Bangalore (RCB) bought Manoj Bhandage for INR 20 lakh. Notably, he made his Twenty20 debut for Karnataka in the 2018–19 Syed Mushtaq Ali Trophy on 21 February 2019 as well.

Rest of the players: 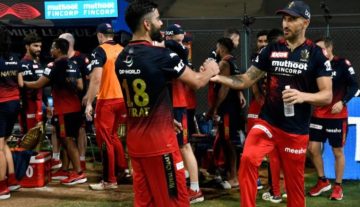