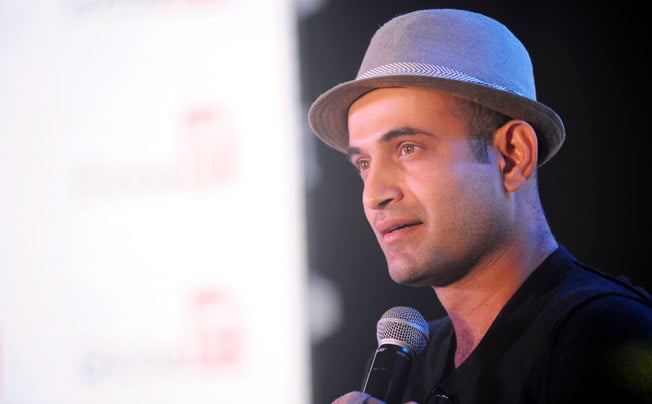 Out of favor Indian bowling all-rounder, Irfan Pathan is in all hope of playing again for the national side, despite not featuring in the team for over five years. Indian team is going through a dream phase and a chance of return for Pathan is quite bleak. Though, he believes that his fans kept fueling him for doing more.

“Even if I want to forget (the glittering moments), you know, my fans won’t let me forget, which is good, which is great. That keeps me going as well,” he told to ESPN Cricinfo.

He has been named the skipper of Baroda for this season, which started with a loss for his team. Also, Pathan has failed to prove his metal in those games as well except for an 80-run innings in the opening game versus MP. He thinks that this season started early and he was not ready for it. “I started early this season and I’m doing everything that I could to hopefully achieve my dream in the future,” he says. “This season is going to be very, very crucial. I know that I’m – you know, I’m standing on thin ice,” said Pathan.

The southpaw’s last One-Day International game was in Sri Lanka, where he picked a five-for, but couldn’t hold his position in the squad. However, the 32-year-old remembers an incident, which brought uncertainty over his career.

“I was playing a Champions League game, the semi-final. We lost the game. The same night we took a flight [back to India]. A couple of days in between and I played a three-day game against England. The third day, the last day, I took a flight to Baroda. From the next day onwards, I played a Ranji Trophy game against Karnataka. I scored a hundred in that game, bowled more than 20 overs in an innings, so I played about nine days continuously,” he recalled.

“My knee flared up and I got a fracture. So, in ten days I took an international flight, played a T20 game, came to India, I was still jet-lagged, played a three-day game, scored 45 against England, bowled more than 20-25 overs [19 overs], took a flight on the third day, played the Ranji Trophy whole game, and on the last day I got injured. Who plays that? No one plays seven days of continuous first-class cricket. So that was my commitment and eventually, I got injured.”

Pathan further elaborated “That experience made me a person who sees the larger picture, and, you know, made me who I am. So there is no regret, but looking back in terms of, you know, when you said there [has not been much] first-class cricket – because of so many other reasons as well. It’s easy for someone to write that he played less first-class cricket.”

“I haven’t talked about this but this is what happened before I got injured. So, if not me, even the fittest guy would get like, you know – in terms of energy, people used to call me powerhouse because I can go on the whole day and energy was never an issue, but managing workload sometimes was an issue with me. Sometimes I used to overwork, so that was the main issue and this was happening exactly that way. I needed help as well, and I asked for help and I didn’t get help,” said Irfan.

“I was a regular member of [the side in] one-day cricket. I was Man of the Match in my last match before I got injured. I wanted to make a comeback to Test cricket, so what I was doing? What I did was, came back, took a flight, in nine days I played a three-day game, I played a four-day game. I asked the question to someone that, you know, these are so many days – you know, in this little span of time, [am I going to have to play] so much cricket? I got an answer, ‘If you’re going to play, if you’re going to make a comeback to Test cricket, you play’,” he concluded.

“Then I played. I wish I was smart enough not to play, but I didn’t know that I was going to get injured. I think people just sometimes want to say things, they just want to talk without having the real facts.”