The fiery English pacer, Jofra Archer has witnessed equal amount of growth in his international career both on and off the field. Known for being active on social media and a willingness to speak his mind, Archer has often been heckled online and faced racial abuse. Not the one to take any harassment lying down, Jofra Archer has engaged with his abusers and that has affected his mental state.

One such interaction took place on Twitter after the end of the opening day of the Old Trafford Test against Pakistan when a user heckled Archer when he was invited to lead the team out on the field. Archer led the team out in the morning session of the Test on Wednesday.

We are led out by @JofraArcher and play is under way here in Manchester! 🏴󠁧󠁢󠁥󠁮󠁧󠁿🏏

Archer had a pointed response to this unsolicited opinion. He replied, “I’ll let you know right now Oliver, today was a special day and people like you won’t ruin it.”

I’ll let you know right now Oliver, today was a special day and people like you won’t ruin it 🙏🏾 pic.twitter.com/o5Wv7zudd2

Ben Stokes also came in defense of Archer as he was miffed at Rounding’s armchair criticism and thanked his teammate for “exposing him”.

In this English, there has been quite a few occasions when Archer has been a target of online harassment. After his omission from the squad for the second West Indies Test at the same venue last month, because he broke the ECB’s bio-bubble protocols, Archer had received immense criticism on social media to the extent that it affected his mental health.

In his column for Daily Mail, Archer said, “I need to be 100 percent mentally right so that I can throw myself into my cricket this week. If I play and don’t bowl 90 miles an hour it’s going to be news. If I don’t bowl 90 miles per hour for long enough it’s going to be news. I give 100 percent every time I go out there and I don’t want to go out on the field unless I can guarantee doing that.”.

Archer has been reporting racist abuse to the ECB from time to time. He had faced abuse during England’s tour of New Zealand last year leading to the Kiwi skipper, Kane Williamson apologizing to the Englishman. 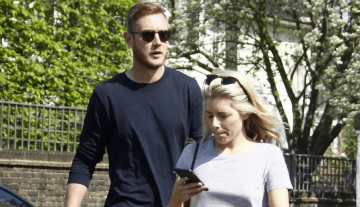