India A’s captain Karun Nair led from the front and pulled out a tricky chase with anchoring innings of 90. India A defeated South Africa A by six wickets in the second ‘unofficial’ Test to draw the 2-match series 1-1.

Chasing a meagre target of 224, India A crossed the line in 62.3 overs as Nair got his form back by smashing 13 boundaries in 144 balls. The match-winning stand of 93 runs for the 4th wicket between Nair and Ankit Bawne (32), with the latter consuming 92 balls hitting five boundaries in the process.

Nair’s innings might help him to get back to the Indian Test squad as the national squad’s next Test assignment is against South Africa itself in January 2018.

When Nair got out, India needed just two runs for victory. However, the actual credit should go to the Indian bowlers for wrapping the 2nd innings of South Africa for a low score of 177 with the hosts losing last five wickets for 39 runs.

Right-arm fast bowler Ankit Rajpoot (3/15) and left-arm spinner Shahbaz Nadeem (3/47) shared the bulk of the scalps. The spinner was the pick of the Indian bowlers in the series with a haul of 11 wickets from the two ‘Tests’.

Fascinatingly, the history repeated itself as during their tour of 2013, India had won the ‘A’ tri-series and drew the two ‘unofficial’ Tests 1-1.

India A won by 6 wickets. 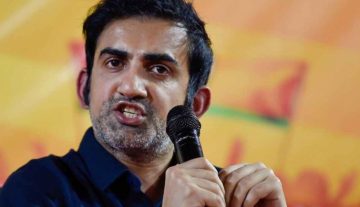