The Indian wicket-keeper batsman KL Rahul scored his 4th ODI century on Tuesday as he amassed 112 runs off 113 balls with the help of nine fours and a couple of sixes and became the first Indian player to score an ODI century batting at No. 5 or lower since M.S. Dhoni’s century in Cuttack against England in 2017 on Tuesday.

Rahul, who came in to bat three down, slammed a 113-ball 112 against New Zealand during the third and final ODI at the Bay Oval, Mount Maunganui. His century helped India post a competitive total of 296 /7 in 50 overs, but his effort went in vain as the Kiwis chased down the total with 5 wickets in hand and 17 balls to spare.

Dhoni, batting in the same position three years back, had scored 134 against England on January 19 to guide India to a first-innings total 381/6. The home team eventually won the match by 15 runs. On the other hand, Rahul has been in sublime form on the current tour, scoring three half-centuries before notching up his maiden century in New Zealand.

The Karnataka batsman surpassed Virat Kohli, Virender Sehwag, and Gautam Gambhir to become the second-fastest batsman to score ODI centuries. With 31 innings, he is second to Shikhar Dhawan’s 24. He also joined the elite company of former India skipper Rahul Dravid by becoming only the second wicket-keeper from India to score an ODI century outside Asia.

Asked to bat first, India was reduced to 62/3 when Rahul along with Shreyas Iyer did the rescue job for India from a precarious position. The duo forged an important 100-run stand and resurrected India’s innings. Rahul played the anchor role as after the departure of Iyer, Manish Pandey played a perfect foil as the wicket-keeper batsman completed his century.

Rahul eventually got out in the 47th over while trying to up the ante and was caught at long-off. 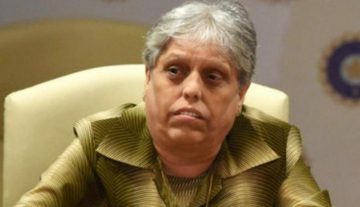