India has a tricky mountain to climb against South Africa in the opening One-Day International at Durban’s Kingsmead Stadium. Despite getting off to a good start, Team India is in some sort of trouble as they wrapped a couple of wickets and gift them to SA. 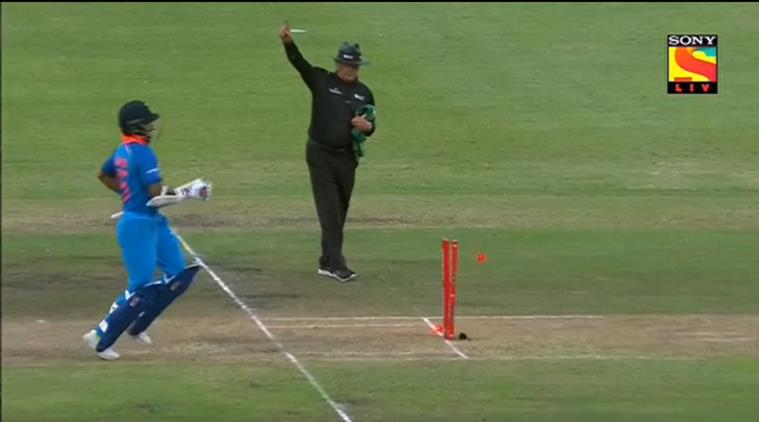 First, it was Rohit Sharma’s poor shot off Morne Morkel and second was rather a brain fade by skipper Virat Kohli, which brought curtains on Shikhar Dhawan’s solid knock.

Rohit’s wicket lifted the mood of opposition but Dhawan, with his counter-attack, was hurting South Africa. They chase was looking in control but then Kohli attempted a quick single from nowhere, which brought Dhawan’s end. The southpaw edged one ball onto his pads and he, straightaway, started to search the ball. In the meantime, Kohli came halfway down to the track and Dhawan went off to that tricky single.

Aiden Markram took the ball and fired a throw at non-striker’s end to cut short Dhawan’s innings in this chase. He scored 35 runs off 29 balls, which included six glorious boundaries.

News
By SMCS - Dec 1, 2022
Ravi Shastri Opines On The Positives Despite India’s Loss Against New Zealand