Cricket associations have been donated some hefty amounts to the PM-CARES Relief fund in the last one week which will eventually help the needy amid lockdown due to the Coronavirus. Now, the Indian Premier League(IPL) franchise, Kings XI Punjab (KXIP) has also pledged to donate a sum to the relief funds for the underprivileged families.

Last week, the Indian Prime Minister, Modi announced a 21-day lockdown in the country in order to prevent the spreading of the virus. The government took such a stiff step to protect the citizens from the novel virus. After the announcement, the cricketing fraternity came out and left no stone unturned in raising funds to add some strength to the disaster management capacity of India as well as help the needy.

Former Indian skipper, Sourav Ganguly provided rice worth INR 50 lakhs. Later on, Virat Kohli, Suresh Raina, Mithali Raj and many more followed the footsteps of BCCI President and donated a big sum individually to PM-Cares Relief funds. Now, Kings XI Punjab has taken pledge to contribute some funds for the great cause. They also urged the fans to support the initiative.

KXIP took to their official Twitter handle and informed their fans about the same. Their tweet read, “Acknowledging the Hon’ble Prime Minister’s call, Kings XI Punjab has pledged its contribution to the #PMCARES fund in this fight against #COVID19. #SaddeFans, play your part and support this initiative! Smiling face with smiling eyes.” Recently, BCCI also decided to make a contribution of INR 51 crores to the PM-Cares Fund for the great cause.

Acknowledging the Hon'ble Prime Minister’s call, Kings XI Punjab has pledged its contribution to the #PMCARES fund in this fight against #COVID19. #SaddeFans, play your part and support this initiative! 😊#SaddaPunjab pic.twitter.com/Bu82F7P9yz

Recently, BCCI also decided to make a contribution of INR 51 crores to the PM-Cares Fund for helping the needy people.

Meanwhile, KXIP was set to take part in the 13th edition of the Indian Premier League 2020. However, BCCI postponed has suspended the tournament till April 15. After the Indian Prime Minister announced a lockdown in the country till April 14, the league was dealt with a major blow.

The BCCI is yet to finalize whether the IPL will take place or not. As far as the current scenario is suggesting that the commencement of IPL 2020 is a far fetched idea as it will be risking the lives of the players and spectators. 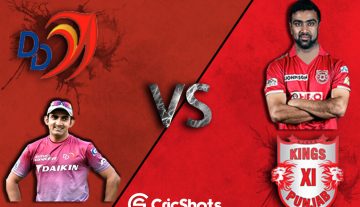