Destructive batsman Chris Lynn has again sustained a shoulder injury during the final of Trans-Tasman T20I tri-series against New Zealand on Wednesday. This injury has ruled him out from the upcoming Pakistan Super League starting on Thursday in Dubai. 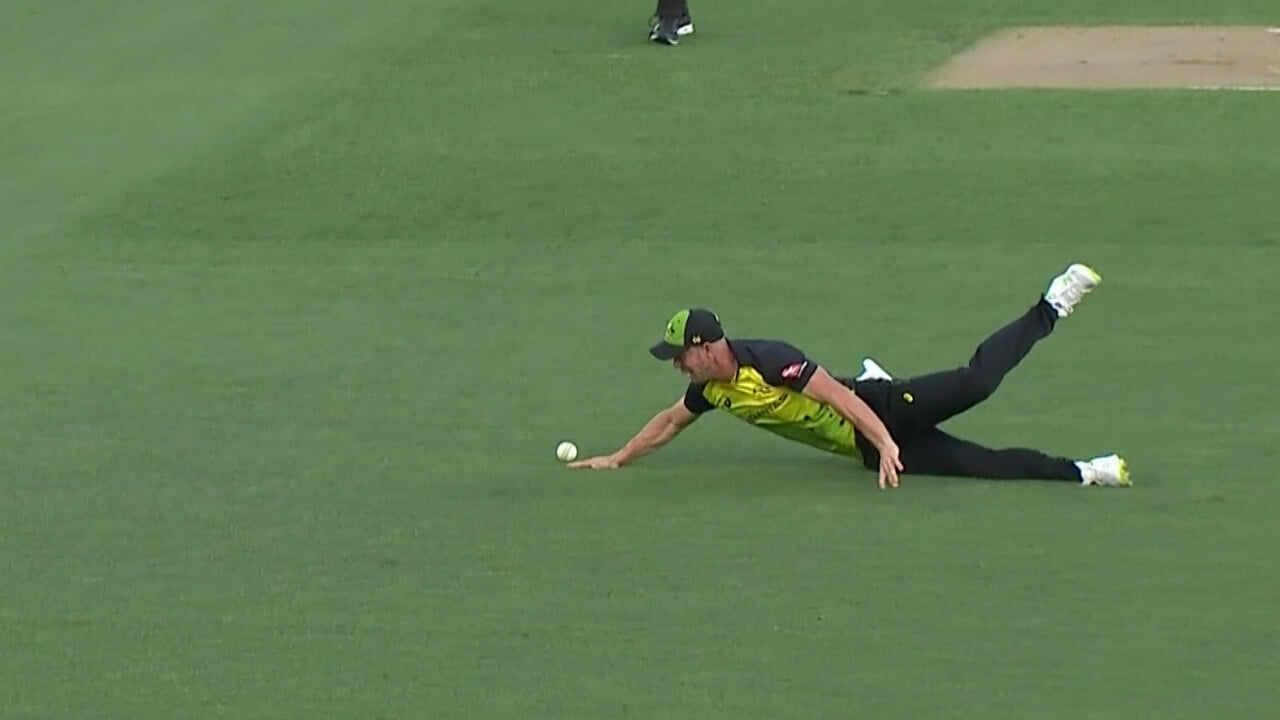 Lynn dived to his left while fielding to prevent a boundary and fell awkwardly on his left shoulder. He immediately put a hand on his shoulder and signalled medical staff to have a look. The support staff rushed him off the field and he never returned to the field for rest of the innings.

“Chris dislocated his right shoulder after landing awkwardly on it when fielding the ball,” Alex Kountouris, team physiotherapist, said. “His shoulder was able to be put back into place on the ground and he was consequently sent for X-Rays which revealed no major bone injury.”

After going through the scans, the reports suggested that he has again dislocated his left shoulder but the official announcement from Cricket Australia (CA) over his availability is yet to be made.

The 27-year-old made his comeback during the recently concluded Big Bash League, where he plays for Brisbane Heat. Throughout the summer, he didn’t put any tough effort in order to prevent his injury-prone body. He was off for a massive seven to eight months after sustaining the same injury while playing for the Kolkata Knight Riders in the Indian Premier League 2017.

Lynn is set to miss the upcoming edition of the Pakistan Super League but is hoping to recover and be fit for the IPL.

“At this stage, Chris will not travel to the Pakistan Super League in Dubai. He will return to Brisbane to undergo further scans and assessment and from there we will have a better understanding of the ongoing management, along with the return to play timeframes,” Kountouris further added.

PSL franchise Lahore Qalandars will miss Lynn’s services immensely as he has been the hottest property in the T20 cricket around the globe. Meanwhile, his availability for the forthcoming Indian Premier League in underline where KKR brought him back in their squad through the Right to match card in the recent auction.