The Pakistan Cricket Board (PCB) is eager to shift the Pakistan Super League (PSL) to their homeland from the next season. So far first two seasons has been hosted by the United Arab Emirates and it will also host its third edition, which will commence from Thursday in Dubai.

“At some stage, we will have to take a risk and we are now seriously thinking about shifting the PSL fully to Pakistan. Karachi is ready, Multan is ready and we are preparing Rawalpindi and Peshawar,” PCB chairman Najam Sethi said in an interview.

He made it clear that there was a chance of conflict with the Emirates Cricket Board over holding of the Afghanistan and Arab T20 cricket leagues in UAE.

“I have told them if there is a conflict with us than it is a possibility we will go elsewhere. I am going to Malaysia next month to see the stadiums and other facilities there,” he said.

Meanwhile, Pakistan Cricket Board is looking to host their two home series against New Zealand and Australia in Malaysia, which may become their next adopted home on a temporary basis. 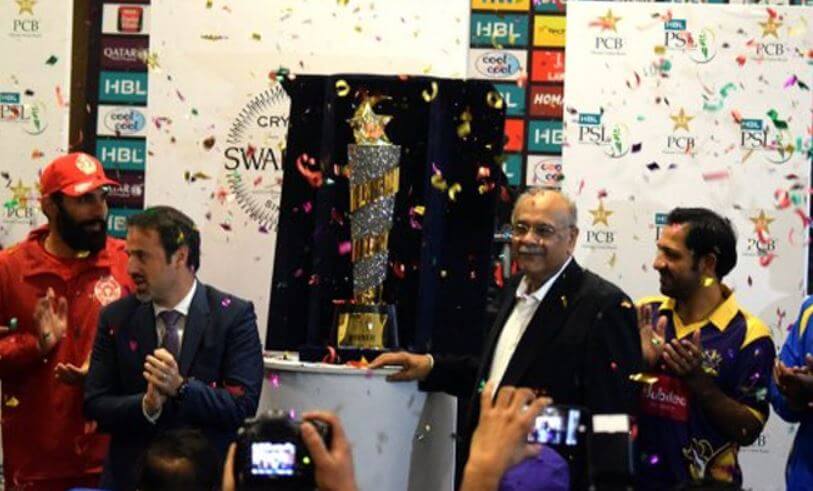 Sethi revealed that PCB would face half of the cost for hosting matches in Malaysia rather than UAE. “As it is no one comes to watch the test matches and it is all a broadcasting game now. So we might try to organize the Australia and New Zealand series in Malaysia,” he mentioned.

In the previous season of PSL, Quetta Gladiators and Peshawar Zalmi played the final in Lahore’s Gaddafi Stadium, where latter lift the trophy to become the winner of PSL.

The season 3 of PSL will be first played in UAE and then teams will travel to play last three matches in Lahore and Karachi respectively. While Lahore will host the Eliminator one and two Karachi to host the final on March 25.