Former Australian cricketer, Mike Hussey has played under quite a few captains during his illustrious career. Among big names, even as he plied his trade with Ricky Ponting and Michael Clarke for Australia, MS Dhoni and Rohit Sharma were his skippers in the cash-rich Indian Premier League (IPL). In the IPL, Hussey got the opportunity to play for the Chennai Super Kings (CSK) and the Mumbai Indians (MI).

Talking about Ponting, Mike feels that the veteran led the Aussies from the front and supported his teammates in difficult situations. Ponting won the 50-overs World Cup in 2003 and 2007 and le the team in the quarter-finals in the 2011 World Cup.

During a recent chat with Chetan Narula, Hussey said, “They are all very different characters. Ricky Ponting was so competitive and led from the front and backed his players 100%. He wanted to win so badly and dragged the whole team along with him.”

While talking about Clarke, Hussey said that he was a strategist. Clarke deiced to hang his boots from international cricket in 2015 after leading the Australian team to glory in the 2015 World Cup, beating New Zealand in the final at the Melbourne Cricket Ground (MCG).

Describing the same, Husseys aid, “I would say Michael Clarke was very tactical and very good brain on the cricket field, knew when to bowl certain bowlers and things like that.” The veteran southpaw also showered prases for MS Dhoni, under whom he played in the CSK. Mike Hussey said, “MSD… he has a great intuition for the game but he is also very calm and cool, backs his players enormously, and shows a lot of faith in them.”

Hussey also played for the Mumbai franchise under the captaincy of Rohit. He stated that Rohit has the unique ability of holding nerves under pressure.

Explaining the same, the veteran southpaw said, “Rohit was much the same. He is very calm under pressure and tactically very sound as well. All of them had this ability to take the pressure off players and I think that was a good thing.” 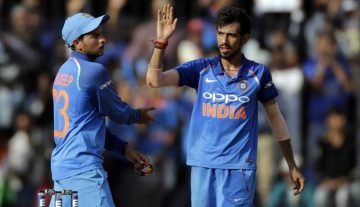