Former Australian left-arm pacer Mitchell Johnson believes the Indian all-rounder Hardik Pandya and pacer Umesh Yadav will be crucial for India in the upcoming Asia Cup tournament while he has also impressed with Jasprit Bumrah’s simplicity.

The 2018 Asia Cup will be held in UAE from September 15 to 28. While Johnson believes the UAE pitches are currently producing the good opportunities for the bowlers, he took Umesh Yadav and Hardik Pandya as the crucial bowlers for India in the Asia Cup.

Talking about the UAE pitches, Johnson told PTI, “The pitches in UAE have traditionally produced belters, but with the bowling line-up all the teams possess currently we might remember this years tournament as the bowlers’ tournament.”

Johnson also believes that Yadav and Pandya can make the tournament in India’s favor. While Johnson has impressed with Pandya’s smart bowling, he also excited to see Yadav’s variations abilities.

Johnson said on this, “Against Pakistan, India’s age-old cricketing rival and neighbour, and keeping UAEs pitch conditions in mind, I think seamers like Umesh Yadav and Hardik Pandya would work in India’s favour.

“Pandya is currently doing well in the United Kingdom, where he is utilising the conditions well. Pandya’s ability to extract pace from pitches and smartly bowling at length when required will help knock out the tricky Pakistani batting line-up. I am actually excited to see the way Umesh Yadav will bowl in the Asia Cup.

“Yadav’s biggest asset lies in the ability to choke an opposition at crunch times along with knocking opponents out with variations/reverse swing during his spells. Yadav, along with Pandya and (Jasprit) Bumrah, can perfectly set up the situation for the spinners who would be carrying the mantle of negotiating matches through the middle overs.”

Meanwhile, the former Aussie pacer has also impressed with Jasprit Bumrah’s simple bowling. Both had played together for the Indian Premier League (IPL) team Mumbai Indians in 2013 and 2017 and that’s why Johnson knows him better. Talking about the impressive point of Bumrah’s bowling, Johnson has pointed out the pace with accuracy.

Johnson told TOI, “Bumrah has impressed me from Day 1. I remember facing him in the (Mumbai Indians) nets and he hit me on my helmet with a short ball and I thought he was quick. He keeps things simple and doesn’t try to overcomplicate things. There was a point when batsman had started to get on top of him and we had a chat regarding this. I told him he needed to think ahead of the game. He is in the right environment at the moment and is getting better with each match. Bumrah’s pace coupled with his accuracy is impressive.” 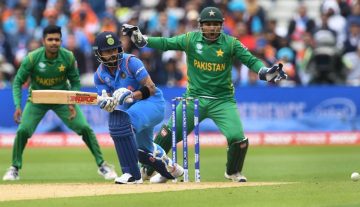