Indian pacer Mohammed Shami feels that India should have a regular spinner in the ongoing Perth Test squad where India is in danger to lose the game at the end of day four.

After the off-spinner Ravichandran Ashwin was ruled out from the Perth Test due to the injury and observing the green bouncy track in the new Perth Stadium, the Indian team management has gone with four pacers and no regular spinners. Though the part-time off-spinner Hanuma Vihari bowled very well, the visitors widely missed a regular spinner in the playing XI while Ravindra Jadeja and Kuldeep Yadav both are in the full-member squad.

At the end of the day four of the Perth Test match, Indian pacer Mohammed Shami spoke about not having a regular spinner in the squad.

The right-arm pacer said, “The team management makes these decisions. We can’t do anything about it. We had one spinner who didn’t bowl badly. (But) If you ask me, I feel there should have been a spinner, but these things depend on your management.”

At further, Shami praised the present Indian pace bowling-unit as he has been satisfied with the disciplined bowling. 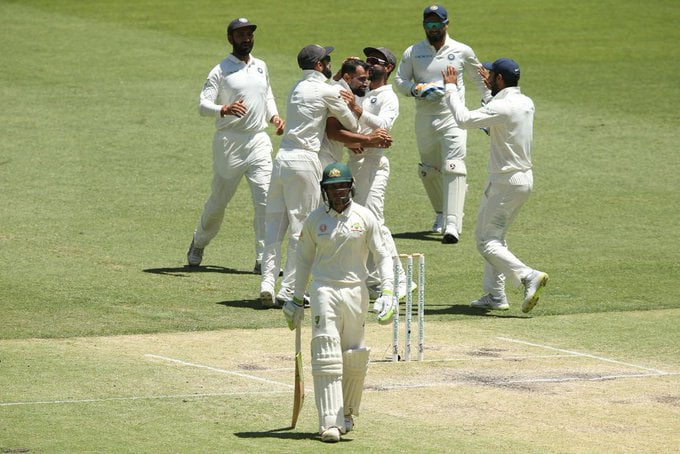 Speaking on that, Shami said, “After such a long time we have an Indian pace attack where all the bowlers are fast and are bowling good lines and lengths. Four years ago we weren’t even this experienced. You must have seen the difference in our accuracy from four years ago.

Shami’s firing spell on the day four helped to wrap up Australia’s second innings on 243 runs. The right-arm pacer finished that innings with his best bowling figure in the international career as he had a bowling figure of 24-8-56-6. At one stage, Australia was batting on 192/4 and soon they went down to 207/9 and later, they were bowled out on 243 runs.

Shami said about his bowling, “I always try to bowl a good line and length. Rest is up to your luck, how many wickets you get or not. Your approach has to be good. If you are playing Test cricket, you have to focus on your line and length. You will get the wickets automatically.

“Sometimes when you have a long partnership, you have to wait, especially on a wicket like this where we were beating them again and again. It wasn’t as if we were bowling bad balls, but even on bowling good lengths we were not getting wickets. As soon as we got a wicket the momentum changed and we used it.”

Chasing down the challenging 287-run target in the fourth innings, India finished the day four on 112/5 where Hanuma Vihari (24) and the wicketkeeper-batsman Rishabh Pant (9) were batting. India still needs 175 runs to win this game and take the lead of 2-0 in the Test series.

Shami claimed that whatever the result comes out in this Perth Test they will just look forward in this Test series.

The Indian pacer added, “It is part of the game. Winning and losing happens. We will just look forward. You can see first two days the wicket was very good. But third day it was going a little up and down, and there was uneven bounce as well. And the ball is keeping low at times as well.

“But it is like a normal Perth wicket and that’s how it has played so far. It is in everybody’s minds that on days 3 and 4 there will be some up and down and we are getting to see this so far.”

There was a big talking point of the day four was the continuing exchange between the Australian skipper Tim Paine and the Indian skipper Virat Kohli. However, Shami doesn’t feel any serious on this as he claimed that it was part of the game.

Shami said on this, “We cannot say much about it. It is part of the game, but nothing too serious. When you play Test cricket it is a long match and you have a long time so a little bit aggression is there and sometimes you react on the moment.

“We don’t need to mind these things too much. It is part of the game. If these things don’t happen in the match then I think the match won’t be interesting either. Maybe in that moment, things get heated up but it is not something to be made a big issue out of. According to me, we should leave this here.”

After Kohli was dismissed on 17 runs, Paine was chattering on the Indian opener Murali Vijay in the name of the Indian skipper.

“What happens on the outside, what the opposition does, it doesn’t affect us. We have to focus on our game and we have to improve our game. Not what step of ours is being watched and what is not.” 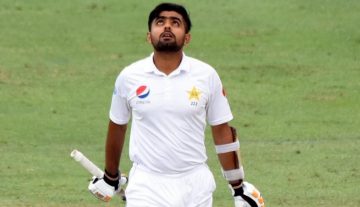