During a chat with media in Sharjah, Moin said, “I blame the Pakistan Cricket Board for this sad situation.I know the board will not like my comments. But in future, only those overseas players should be included in the player draft who commit to also play in Pakistan if required by their franchises.”

Khan feels that the overseas players who are now refusing to travel with their franchises for the playoffs cannot be seen as supportive of Pakistan cricket. He said, “The teams pay them well to play in the PSL. But when they refuse to travel to Pakistan it upsets the balance of the concerned franchises and also deprives our people of seeing competitive cricket.”

Moin is the head coach of the Quetta Gladiators franchise which made the finals of the first two PSL editions but lost out this time. Last year in March after the PSL final was held in Lahore all the foreign cricketers, including Kevin Pietersen, Rilee Rouwsee, Luke Wright appearing for Quetta in the league matches in UAE refused to travel to Pakistan citing security concerns.

Talkin about the inclusion of the foreign players, Moin said, “I am more concerned over Pakistan cricket and the PSL future. We can’t have this happening all the time.”

This year also mots of overseas cricketers have made it clear they wouldn’t travel to Lahore and Karachi if required by their franchises. Pietersen categorically said no when asked after one of the earlier matches whether he would be willing to go to Pakistan. But some of the overseas players have shown enthusiasm to go to Lahore and Karachi. 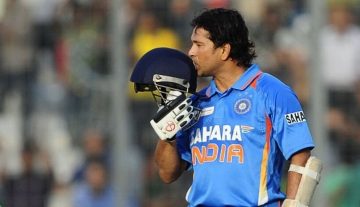