Back in January 2017, Virat Kohli took over the reins of the captaincy of the Indian team in all the formats as MS Dhoni hang his boots from the captaincy position of all the formats. However, after 696 days, one of the greatest captains ever came down for the toss during India’s Asia Cup match against Afghanistan at Dubai International Cricket Stadium. Moreover, the encounter also turned out to be his 200th as the Indian captain in the One-Day Internationals.

India’s stand-in skipper for the ongoing Asia Cup, Rohit Sharma has had a stupendous outing in the multi-nation ournament and bearing in mind the fact that the ongoing match is inconsequential as far as qualifying for the final is concerned, he decided to rest himself. In the meantime, Dhoni mentioned that he was delighted to get one more opportunity. Moreover, he also revealed the reasons why he stepped down as the skipper.

MS explained, “I was not really sure of where I am standing. I have captained 199 ODIs, so this gives me an opportunity to make it 200. It’s all destiny and I have always believed in that. It’s not in my control, once I left captainship. Good to complete 200, but I don’t think it really matters.”

He further added, “I resigned from captaincy because I wanted the new captain to get enough time for preparing a team before the ICC Cricket World Cup 2019. Selecting a strong team without giving the new captain appropriate time isn’t possible. I believe that I left the captaincy at the right time.”

Dhoni led the Indian team for the maiden time in the 2007 World T20 in South Africa in which the Men in Blue emerged victoriously. He took over the captaincy reins in ODIs in the same year and helped India win a triangular ODI series in Australia. However, the most memorable moment came when India won the 2011 Cricket World Cup by beating Sri Lanka in the final in Mumbai. 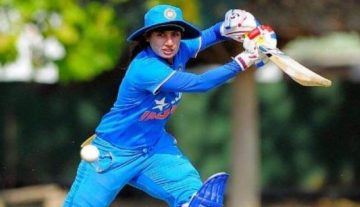