The batting position of MS Dhoni in the first two matches of the Chennai Super Kings (CSK) first two games of IPL 2020 has surprised many. In both the matches, he came out to bat at number seven. But while his decision worked wonders against Mumbai Indians (MI), it backfired against Rajasthan Royals (RR) and against Delhi Capitals (DC) as well where he came out to bat at 6.

Against the Royals, he was being expected to bat higher in the order as CSK was chasing a humongous total of 217. But to everyone’s surprise, he came out to bat at number seven. And by the time, he came out to bat, the match was already out of CSK’s grips.

ALSO READ: MS Dhoni Foxes Shaw And Iyer With His Brilliance Behind The Stumps

MS Dhoni did hit three sixes in the final over but it could not prevent a 16-run defeat for his team. In the wake of the defeat, he faced criticism from several quarters including from several former cricketers. His former teammate Gautam Gambhir said MS did not lead from the front by as he came down teh order.

The likes of Virender Sehwag and Kevin Pietersen hugely criticized the CSK skipper too. But despite the criticism that is coming his way, Dhoni came at 6 against DC as he had clarified about the same during the toss before the match against Delhi Capitals on Friday.

During the toss, commentator Mark Nicholas told him before asking him his batting spot as he said, “Most of India wants you to bat a big higher particularly the CSK fans. Replying to the same, Captain Cool said: “Whatever is best for the team, we will do that. That’s the part of the strategy. So, you wait and watch.”

Here is the clip where MS Dhoni:

Dhoni's reply to his fans..!!https://t.co/GoohZhaKaA 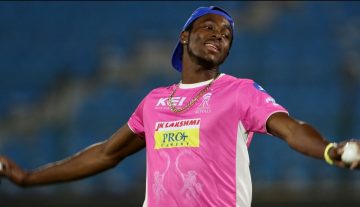 News
By CricShots - Feb 6, 2020
Jofra Archer To Miss IPL Due To Elbow Fracture