All-rounder Rachin Ravindra, who also made an impression in the two-match Test series in India, is the only spin bowling option that New Zealand has decided to go within the 13-man squad. The series will be played in New Zealand and starts on New Year’s Day in Mount Maunganui.

Tom Latham will be leading the squad in the absence of the injured Kane Williamson. Williamson’s long-standing elbow injury had come back into the fore during the T20 World Cup in November, which led to him sitting out the subsequent T20I series against India. While he then played the first Test in Kanpur, he sat out the Mumbai Test, in which Latham was the captain of the team as well.

New Zealand head coach Gary Stead had said after the first Test that Williamson could be out for a lengthy period, although it is unlikely that he will consider undergoing surgery.

ALSO READ: Mohammad Amir Takes A Revenge From Avishka Fernando After Getting Hit For A Six

Ajaz Patel walked back to a standing ovation from the Indian fans at the Wankhede Stadium after taking all the 10 wickets of the Indian innings during the second Test. He was congratulated by Kumble while Indian captain Virat Kohli and head coach Rahul Dravid came to the New Zealand dressing room to congratulate him. 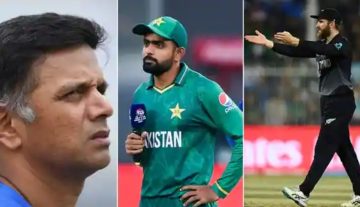