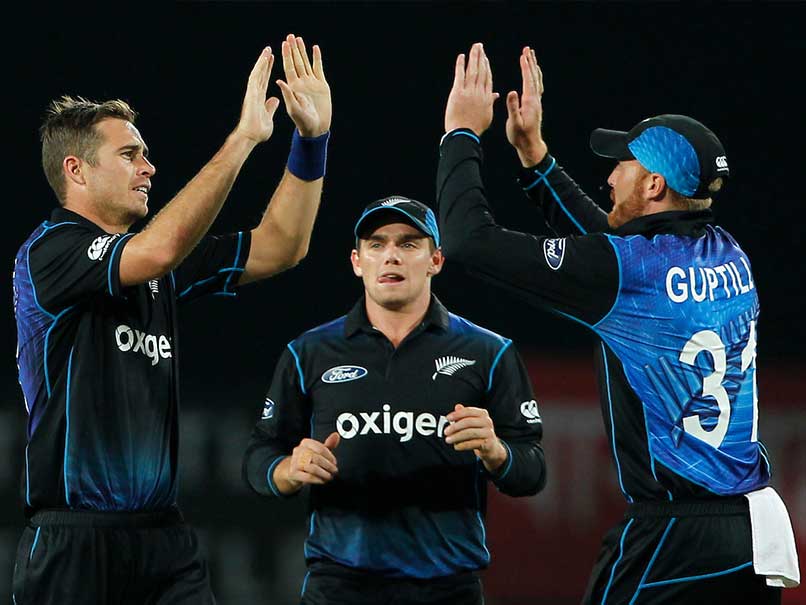 The limited-over tour of India has been so far so good for New Zealand team, who started the ODI series on a high note with a win in Mumbai. And now Kiwi team is on a verge to create history if they pull something miraculous in Kanpur to win the series. They have never won an ODI series in India.

However, things turn dramatically in visitors favor when the format turns to be T20 International. India is yet to win their first T20I game versus them, which makes the upcoming three-match Twenty20 series even interesting.

Meanwhile, New Zealand team is all set to take the field in T20Is with a new kit, which is just launched today. Star Kiwi opener Martin Guptill posted an image of their new outfit. See the post;

What do we think about the @blackcapsnz new T20 kit for the next couple of years? #Blackcaps #t20international

This T20I series is going to be very interesting due to several reasons. First thing first, India’s oldest fast bowler Ashish Nehra is retiring from cricket after playing the opening game of the series in Delhi. The eyes will be glues on the hosts, who want a 3-0 result in the T20I leg to become the top-ranked team in that format as well. India is already on top of Test rankings and if they win Kanpur ODI, they will become the top team in that format as well.