The outbreak of the Covid-19 virus has affected the world severely. it has brought the world to a standstill with many countries being completely lockdown for safety and to contain the spread of the virus. Many major sporting events have either been postponed or canceled in the wake of the coronavirus pandemic affecting the globe. Cricket has also suffered a similar fate with the future of IPL, World T 20 and other major tournaments in doubt. Asia Cup set to be hosted by Pakistan also falls under the same umbrella.

The Asian Cricket Council has decided to postpone its meeting with the main agenda to finalize the decision on multiple venues for the Asia T 20 Cup. The Pakistan Cricket Board is expected to be the host of the same. With the political tensions between India and Pakistan, the Indian board is completely against traveling to Pakistan, it is almost confirmed that all the matches will be played in UAE.

However, the ACC has decided to cancel its scheduled meeting earlier this month in the wake of the pandemic spread o Covid-19 virus. The discussions are now expected to continue in the sidelines of the ICC meeting that will be organized via a teleconference. The main agenda of the Telecall on 29th March is deciding the future of ICC Men’s World T20 Cup scheduled to begin in October.

The meeting value gained utmost importance when BCCI president and former India skipper Sourav Ganguly made it clear that the Indian cricket team will not travel to Pakistan for the Aisa Cup. BCCI president, however, said that they would be willing to play Pakistan at any other neutral venue.

The PCB, however, is expected to consider the option and ask other cricketing associations and request the ACC executive board to allow themselves to hosts other teams like Afghanistan, Bangladesh, Sri Lanka, etc in Pakistan, even if other matches are set to be played at a natural venue.

“PCB’s stance is that with international cricket slowly returning to Pakistan could benefit from hosting few games of the Asia Cup at home,” an unnamed source said. 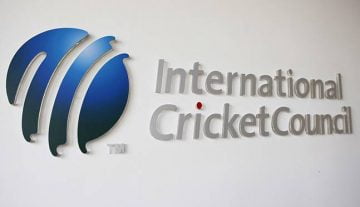