After losing the first three ODIs comprehensively, South Africa needs to stay positive in order to pick themselves up for the remaining ODIs of the six-match series against India. Fortunately for the hosts, they got some ray of hope ahead of the ‘Pink ODI’ as their star batsman AB de Villiers has recovered from a finger injury and will surely be making a comeback in the Johannesburg ODI at the Wanderers.

In the last two games has been missing an anchor in the middle order against the spin threat of Yuzvendra Chahal and Kuldeep Yadav since Faf du Plessis was ruled out due to a finger injury.

However, in the third ODI, JP Duminy had the opportunity to put together partnerships in as he scored 51 but was unable to construct anything bigger than the second-wicket stand of 78 with skipper Aiden Markram. There appears to be a lack of confidence among the Proteas batsmen, but the return of De Villiers will just be the sufficient boost for them to regather themselves into a batting unit.

Of course, they will also need to find ways to tackle the threat of spin twins, but it will help a great deal if de Villiers – or one of the other senior batsmen – can take pressure off at one end. Then there is the issue of the Indian skipper Virat Kohli, who has demeaned the Proteas attack. But South Africa know that they were close to dismissing him early in his innings in both Durban and Cape Town, and that is the only phase of his innings in which he seems to be getting out. 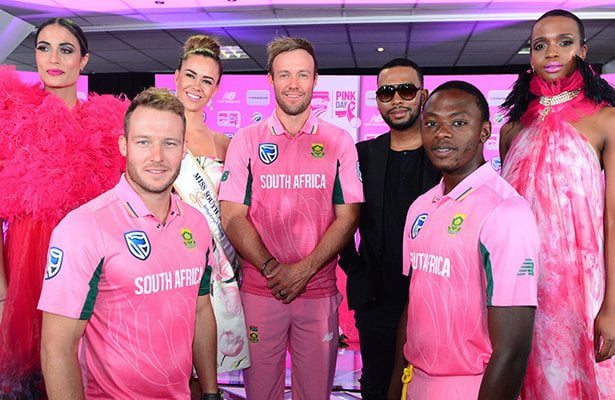 Another plus-point is that South Africa have won all five Pink ODIs, and the occasion has often pushed them on to some of their best performances. They will need one if they are going to change the course of a series that has been embarrassingly one-sided up until now.

AB de Villiers’s return will surely mean that Khaya Zondo had to make an exit, while Morne Morkel who was rested in the third ODI, is expected to make a comeback in the ‘Pink ODI’ in place of Lungi Ngidi or Kagiso Rabada. The selectors must then decide whether to give Tabraiz Shamsi a chance in place of Imran Tahir, who has failed to make an impact on the series thus far.

On the other hand, with all of Virat Kohli’s talk of maintaining their intensity, it looks highly unlikely that India will make any changes for the fourth ODI.

While there is some rain forecast for Johannesburg on Saturday, it is only expected to become light showers in the morning and another one later at night. The game might escape both. As far as the pitch is concerned, the Wanderers is usually excellent for batting in ODIs and after getting a demerit point after the Test match here, groundsman Bethuel Buthelezi and consultant Chris Scott will have been working overtime to ensure a ODI pitch that is more in line with the ground’s reputation. If there is a bit of rain around, then there could be more on offer for the seam bowlers.

Stats to look out for: