Team India seems to be pretty relaxed ahead of the third and final Test against Sri Lanka which starts on Saturday in New Delhi. They went through their drills and even interacted with some of the local cricketers in the nets ahead of the third Test match.

Ravichandran Ashwin became the fastest bowler to scalp 300 Test wicket in the second match against Sri Lanka at the Vidarbha Cricket Association stadium in Nagpur on Monday.

Ashwin dismissed four Lankan batsmen on the fourth day of the match as the visitors were bundled out for a meager scored of 166 in their second innings. Ashwin’s heroics helped India win the match by a massive margin of an innings and 239 runs.

With the help of his four wickets, Ashwin entered the elite club of 300 Test wickets and he also became the fastest (54 Test) to reach there. Ashwin broke the record of Australian legend Dennis Lillee, who achieved the feat in 56 Tests in 1981. He said, “I really hope I can go on to double these 300 wickets, I have only played 50 Tests. It’s not easy bowling spin, it looks like you’re just ambling up. But there’s a lot behind it. We’ve bowled a lot of overs, me and Jaddu (Ravindra Jadeja).”

He further added, “And the break has helped, I’m a lot more fresher now comparatively. The carom ball was a good ball, I haven’t bowled many of those in the last 24 months. I have worked on different releases for it and now that we are travelling, I think I needed that extra bit. It has been a longer break than I’ve been used to over the last few years.” 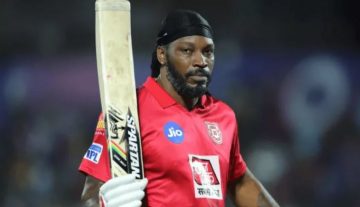