Afghanistan’s young leg-spinner Rashid Khan has been achieving greater height each passing match. Recently, he caught a lot of eyeballs by getting selected to the upcoming season of BBL and now he becomes the youngest bowler to claim 100 T20 wickets.

Rashid achieved the feat at 18 years and 360 days, beating the record of English left-arm spinner Danny Briggs who had reached the milestone at 23 years 56 day.

However, Khan is also in running for the number of matches, as he (66) is the joint second fastest along with Sri Lanka’s Ajantha Mendis. The record belongs to West Indies bowler Krishmar Santokie who took his first 100 T20 wickets in just 54 matches.

The talented leggie’s fortunes changed soon after he was brought in IPL auctions 2017. In the IPL 10, he became the first Afghani to play in the coveted league and also went on to scalp 17 wickets in 14 matches for Sunrisers Hyderabad.

Rashid has claimed 63 wickets in 29 ODIs for Afghanistan, including the fourth best figures in ODI history of 7 for 18 against the West Indies in June. 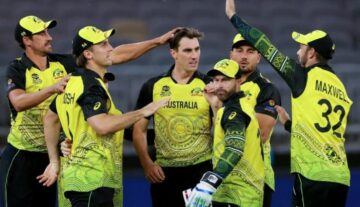