Delhi Capitals (DC) spinner Ravi Ashwin has revealed an altercation incident between head coach Ricky Ponting and Royal Challengers Bangalore skipper Virat Kohli when both the teams had locked horns in the recently concluded season of the Indian Premier League (IPL) 2020. The tournament came to an end on Tuesday with the final between Mumbai Indians (MI) and DC.

RCB and DC locked horns with each other and the latter won both the games. In the first meeting between the two sides in IPL 2020, DC registered a dominating win by 59 runs over RCB. In the second match, DC had won the contest by six wickets. No major controversy took place in both the matches but Ponting and Kohli had a go at each other during the second game.

ALSO READ: Team India WIll Be Wearing Retro Jersey For ODIs And T20s In Australia

During the strategic timeout, the RCB skipper was having a discussion with on-field umpires when Ponting seemed to have said something before the two suddenly got engaged in a verbal fight. Fortunately, the incident didn’t snowball into a major controversy.

Ashwin recently confirmed the incident as he said Ponting and Kohli had a go at each other. In his YouTube show after Mumbai Indians won the title, Ashwin narrated the incident. He revealed that Kohli & his men were not happy with him for leaving the field and when they questioned DC for the same, Ponting had given it back to the RCB captain.

Talking about the incident, Ravi Ashwin said, “I had a back problem when I ran. It was a terrible pain. They took MRI scans and it was traced to a nerve pull to the back. I went off after bowling. And you know Ricky, he won’t leave any fight. And when RCB questioned, he said we aren’t like that, etc. The heat of the moment.”

In the same match, Ashwin had also dismissed Kohli for the first time in IPL. Recalling the dismissal, Ashwin said he has always enjoyed bowling to his Indian teammate. He also revealed that Kohli never takes chance against him just like MS Dhoni.

Describing the same, the veteran spinner said, “I have always loved bowling to Virat. He would never take chances against me. Would not give his wicket; it was a matter of pride for him. MS Dhoni also is like that. In Pune, 2016, I set him up with a ball outside off and it went really high and just as I was thinking, ‘Aaha, Kohli wicket’, Ankit Sharma let the ball slip through his hands at extra-cover! Ai! What have you done!” 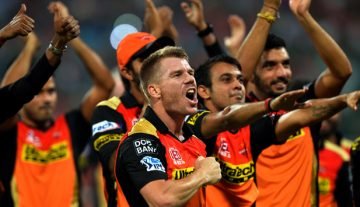