In a video that surfaced on the internet on Day 4 of the ongoing Durban Test between South Africa and Australia, an off-field incident between David Warner and Quinton de Kock has sparked a major controversy. The former can be seen being physically restrained by teammates with the latter at the tea break. 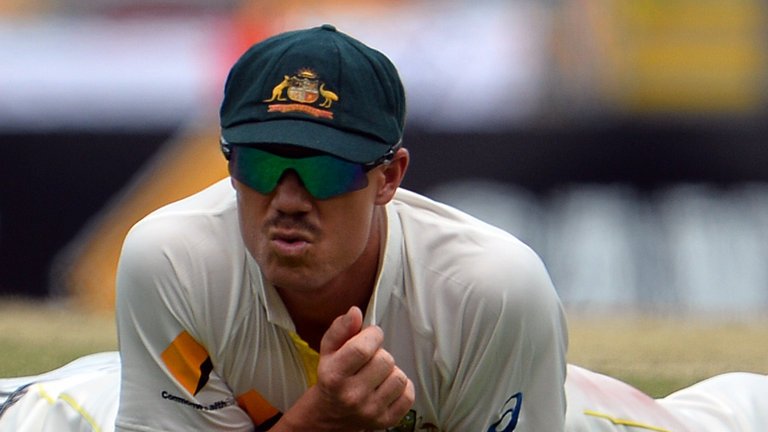 The Australian deputy skipper exploded with anger in a stairwell argument with South African wicket-keeper Quinton de Kock at Kingsmead after disparaging comments were allegedly made about his wife, Candice. David was so furious that he needed to be held back by teammate Usman Khawaja, with skipper Steve Smith and wicketkeeper Tim Paine also attempting to calm him down before Smith transported him away.

Reports on Sydney Morning Herald emerged on Monday suggest that Warner’s rage had been provoked by De Kock’s uncalled comments about Warner’s former ironwoman wife as the players walked towards the dressing rooms here on Sunday afternoon. Warner’s wife and his two young children are on tour with him in South Africa.

It was unclear what Warner, who also exchanged words with Faf du Plessis when South Africa’s skipper emerged from the dressing room, had said back to de Kock in the fiery exchange. The blow-up with de Kock came during a tense fourth day of the match in which Warner was already in the news for the wrong season. He had already been receiving criticism on social media for his emotion-charged splash towards South African’s Aiden Markram when the opener got involved in the run out of the Proteas’ top batsman AB de Villiers for a duck.

One of the few people who believed that Warner’s off-field reaction was a backlash to a personal attack was Australian great Adam Gilchrist. On Twitter, he said, “Ugly scenes in Durban. Can only assume something very personal has been throw at @davidwarner31 for this type of reaction. Not a good look all round.”

Ugly scenes in Durban. Can only assume something very personal has been throw at @davidwarner31 for this type of reaction. Not a good look all round. #SAvAUS