Cricket Australia (CA) has clarified that they are investigating the heated off-field exchange between players on day 4 of the first Test against South Africa in Durban on Sunday. CCTV footage from the players tunnel at Kingsmead showed Australia’s deputy skipper  David Warner and South African wicketkeeper Quinton de Kock involved in a fiery exchange of words as players climbed the staircase to their dressing rooms during the tea break.

The video shows Warner being controlled by Australia batsman Usman Khawaja and spinner Nathan Lyon as he directs a verbal attack at De Kock, who exited the field as South Africa’s not-out batsman at the same time as the Australians. Australia wicketkeeper Tim Paine also moves in to restrain Warner before his skipper Steve Smith guides the opening batsman away.

Talking about the matter, CA spokesperson said, “CA is aware of reports of an incident between players in Durban. CA is working to establish the facts of what has occurred and will not be commenting further until that has been done.”

One of the fans posted a video captured by the CCTV camera of the locker room, the tweet read, “David Warner is no saint but if he is this fired up, very likely that something nasty must have been said by Quinton de Kock. Will be interesting to know the whole story. #SAvAUS”.

David Warner is no saint but if he is this fired up, very likely that something nasty must have been said by Quinton de Kock. Will be interesting to know the whole story. #SAvAUS pic.twitter.com/uHpT7jUVUO

Warner also lashed out at Markram

South Africa were 293 for 9 at the close of the fourth day, still, 123 runs away of Australia, who will return on Monday only to wrap up the South African innings and register a win in the four-match series.

A fired-up Warner had earlier given the Proteas’ opener Aiden Markram a huge verbal splash after the latter was involved in running out AB De Villiers for a golden duck.

Former South Africa skipper Graeme Smith criticised Warner as “a bit of a fool” but Markram, who went on to score an impressive 143, played down the sledging as part of the game. 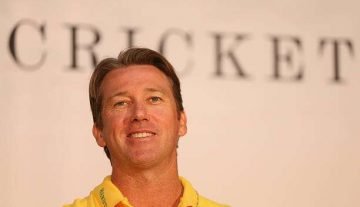