India thrashed South Africa in the third One-Day International by 124 runs to take an unsellable lead of 3-0 in the series. It was the same story in Cape Town again as South African batsmen failed to read Indian spinners. 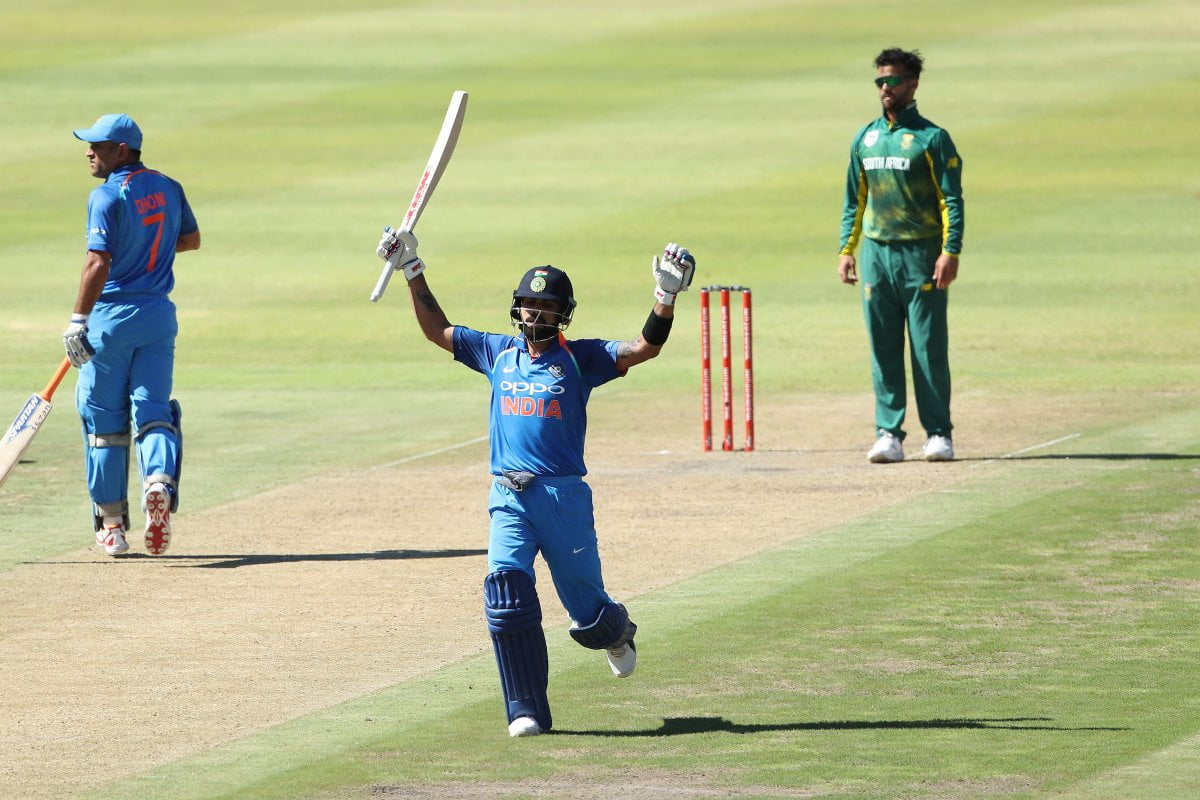 Chasing 304, South Africa got off to a bad start as they lost Hashim Amla in the second over. Jasprit Bumrah tailed one ball back and trapped him in front of wickets. JP Duminy got a promotion in the batting order to number three which he justified with a half-century. He stitched a 78-run partnership for the second wicket with Aiden Markram.

South Africa was looking in the contest until Kohli introduced wrist-spinner. Kuldeep Yadav got Markram on his second ball and Yuzvendra Chahal trapped Heinrich Klaasen and Duminy in successive overs. Though, David Miller tried to keeping going and wins this game but it was not his day. The tail-enders were clueless against ‘spin-twin’ and both spinners took four wickets each.

Earlier, Virat Kohli scored unbeaten 160 runs out of India’s 303/6 in 50 overs. Shikhar Dhawan was the lone fighter with his 75 runs at top of the order.

With this victory gave India a hope to win their first-ever series in the rainbow nation. They just need to win one more game to win the series and displace South Africa from number one position in the ODI team rankings.

The fourth ODI will be played in Johannesburg on Saturday, where AB de Villiers can make a comeback.