Any cricket fan in India can easily predict that the young wicket-keeper batsman Rishabh Pant has been going through the toughest phase of his life. In terms of stats, he as scored just 74 runs in the last five T20I outings and 151 runs in last 10 international innings, which clearly shows he isn’t in a good space.

On Wednesday, Pant came out to bat against South Africa in the second T20I, when India required another 54 runs in almost run-a-ball. He first survived a direct hit, then picked a single off a leg bye and then collected a couple of runs. His knock came to an end following a brain fade. Bjorn Fortuin bowled a nothing delivery outside leg and Pant had the chance of smacking it anywhere but he played it straight into the hands of Tabraiz Shamshi at short fine leg.

Pant’s dip in form is a worrying sign for the Indian team and although he has received some apt support from the team management, it seems that now he running a race against time. In the 12 matches, he has managed to score just 229 runs with the highest score of 48 that came against Bangladesh during the 2019 World Cup at Birmingham.

Batting at a crucial No.4 position, Pant has failed to prove his worth in limited over cricket. While head coach Ravi Shastri and captain Virat Kohli want the youngster to become an apt replacement for the veteran like MS Dhoni, Rishabh has only managed to come up with consistent failures.

In the last five ODIs, Pant has registered the scores of 48, 4, 32, 20 and 0. Soon after the World Cup, India traveled to the West Indies and Pant – playing in place of Dhoni, who was on a sabbatical – failed to make make a mark and win matches for India. If batting has been a failure, his wicket-keeping hasn’t been much appreciative in the last five ODIs as well, Pant has taken just one catch. And what’s more notable is, he is yet to effect a stumping.

Even in the shortest format of which he was touted to the specialist, Pant hasn’t really set the stage on fire. Before his unbeaten 65 against the Windies recently, he last scored a fifty against West Indies in Chennai in 2018. It took him 10 innings to score another fifty. Barring a score of 40 against New Zealand, he has not much to show on his resume.

Newly appointed batting coach Vikram Rathore also clarified that ‘there is a fine line between fearless cricket and careless cricket’ and no doubt the words were directed at Pant. India has drawn a road map for next year’s World T20 in Australia and it has got nearly 20 matches to build a perfect combination.

For now, Pant is clearly in the scheme of things. But, only an improved show with the bat will help him to change his mindset which will help him to prove his worth in the limited-overs set-up. 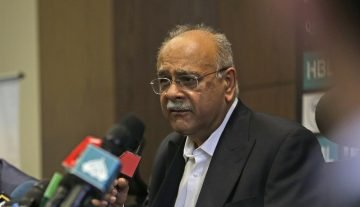