The Indian skipper, Virat Kohli’s masterclass helped India register a six-wicket victory in the first match but the West Indies made a phenomenal comeback to level the series 1-1 with a comfortable victory over India in the second T20I at Thiruvananthapuram.

The Windies did well to keep the hosts to a respectable score of 170 after winning the toss and deciding to bowl first. Lendl Simmons and Evin Lewis gave a solid start by scoring 73 runs for the opening wickets before cameos from Shimron Hetmyer and Nicholas Pooran steered the West Indies to a convincing victory in the end.

India and West Indies will now be playing the third and the final T20I at the Wankhede Stadium in Mumbai on Wednesday. The hosts will now look to win the series and continue their glorious run in home conditions. The focus though will shift to Kieron Pollard and Rohit Sharma as they will be eyeing several T20 records. Rohit Sharma is just one hit away from becoming the first Indian to smash 400 international sixes across all formats of the game.

Kohli surpassed Rohit as the leading run-scorer in the T20Is. He now has 2,563 runs in 69 innings while Rohit has scored 2,562 runs in 95 innings. Sharma is trailing by 1 run in the list of batsmen with most runs in T20Is. Also, Rohit is 8 sixes away from becoming the batsman with most sixes against an opponent in T20Is. The Indian deputy skipper has hit 24 sixes against West Indies in T20Is so far and record holder is Afghanistan’s Hazratullah Zazai, with 31 sixes against Ireland.

the Windies skipper is also just 2 catches away from overtaking Dwayne Bravo as an outfielder with the most catches in T20Is for West Indies. 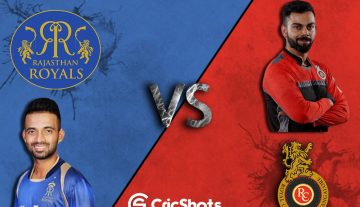