The veteran Indian opener, Rohit Sharma reveals that he was “constantly communicating with the BCCI and Mumbai Indians” regarding the hamstring injury he suffered during the league stage of the recently concluded IPL 2020. Sharma was initially left out for the Australia tour and it led to a lot of speculation about his fitness. He was subsequently added to the Test squad after revision from the BCCI.

During a recent chat with PTI, “I don’t know what was going on, to be honest, and what all were people talking about. I told them [Mumbai] that I can take the field since it is the shortest format. Once I made my mind clear, it was all about focusing on what I needed to do. The hamstring is feeling absolutely fine. Before I play the longer format, I needed to be clear in mind that there is no stone left unturned. That’s probably the reason I’m at the NCA.”

For Sharma, the discussions on social media and among various cricketing pundits regarding his injury and his subsequent participation in the IPL playoffs didn’t matter much. India will start their Australia tour with the first ODI in Sydney on November 27 but Sharma feels he is yet to be ready to take the load of intensive cricket.

Sharma elaborated, “There is still some work that needs to be done on my hamstring. That’s why I didn’t go to Australia for the white-ball leg as there are back-to-back games. So I thought if I get to work on my body for 25 days, I can probably go and play the Test matches. I don’t know why it became so complicated for others.”

Rohit Sharma also touched upon his leadership at Mumbai Indians. The five-time champions, he said, the team wasn’t created overnight.

The MI skipper explained, “Yeah, we have a [Kieron] Pollard, a Hardik [Pandya], [Jasprit] Bumrah, but has anybody thought why this team is successful? Lot of people, I hear say that can he [Sharma] do it with other teams? Firstly, why shall I need to do it with other teams? There is a certain way this franchise wants to go and same direction I want to go as well, both as a player and leader. Did this team become good overnight? No. Just that MI picked and believed in building a team.” 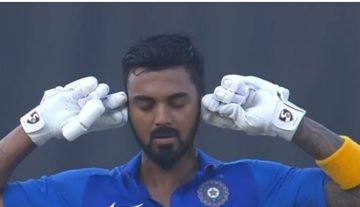