The outbreak of the Corona Virus has halted all the sporting events. The cricketing calendar has suffered because of the same. With no cricket going on, all the cricketers have a lot of free time on their hands right now. Amid the lockdown, the cricketing fraternity has taken over the internet. Players coaches, pundits, everyone is has been proactive on social media over the last months.  Recently, Indian opener Rohit Sharma recalled a hilarious incident involving Shikar Dhawan during India’s tour of Bangladesh in 2015.

Chatting with Mayank Agarwal, Rohit shared how Dhawan suddenly started singing loudly while standing at the third slip. He adds how Bangladesh opener Tamim Iqbal was surprised by the same and the bowler was forced to stop midway of his runup.

The Board of Control for Cricket in India (BCCI) shared a video on its official twitter handle. The video was captioned, “When Jatt ji and Hitman are in conversation, expect nothing less than entertainment. ”

When Jatt ji and Hitman are in conversation, expect nothing less than entertainment 😅😅😅

Episode 2 on Open nets with Mayank, coming up soon on https://t.co/uKFHYdKZLG pic.twitter.com/YSUuA2UmkF

Rohit spoke with his opening partner in Tests, Mayank Agarwal in the video. He says,  “We were playing in Bangladesh in 2015 as I was standing in the first slip and Shikhar was in third slip. Suddenly he started singing very loudly. The bowler was already in his run-up and the batsman, Tamim Iqbal, was left amazed. He didn’t understand where the noise was coming from.”

Rohit also revealed how it may not sound funny but all players had a blast when that incident happened. He said. “It might not sound as funny right now but when it happened on the field we couldn’t control our laughter, it was really funny.”

BCCI amongst every other cricketing bodies are been trying their best and work according to the ICC guidelines to resume cricketing activities. 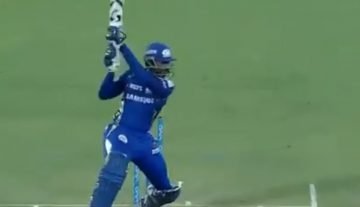