Sanjay Manjrekar has often been seen running towards a huge controversy last year due to the same comment after referring to Ravindra Jadeja as a ‘bits and pieces’ cricketer. Not only the fans, Jadeja had also slammed the outspoken commentator for his words. And recently, Sanjay spoke about that term once again while explaining the reason behind the importance of having specialists in the team.

As per teh quotes in The Hindu, Manjrekar said, “My selection and thoughts are based on a principle that I have learned over the years: if you have specialists who can walk-in based on one discipline, you fill your team with those players. I do not have a problem with Jadeja; I have a problem with his kind of cricketers in white-ball cricket. Even Hardik Pandya will not be in my team. Of course, I have always rated Jadeja highly in the Test format.”

Explaining the same, Manjrekar said, “Not many people know that I have been removed earlier as well. It was something I tweeted. It’s not easy, of course, but in many, I have become thick-skinned about such things. Commentary has always been the most sought-after job for cricketers post-retirement. But now, people are very sensitive and everything gets amplified due to multiple media platforms.”

He further added, “So, one has to be careful, but there is still a lot of value for truth. I do not claim to be right, but I claim to be pure and speak from the heart. A lot of people get pessimistic that I am still around as a commentator, but the fact that channels still offer me a job proves that this path is not a bad one to take.” 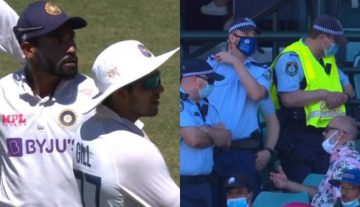 News
By CricShots - Jan 13, 2021
A Fan Describes Racial Slurs During The Sydney Test On Day 3