The Australian cricket team sealed another ODI series win over India with a 2-0 lead as they registered a victory in the second game by 51 runs at Sydney Cricket Ground on November 29, Sunday. Apart from their spectacular batting, one thing that made a considerable difference was the catches taken by the hosts, especially, Steve Smith. The Aussie players took some jaw-dropping grabs to dismiss Indian batsmen and shifted the winning momentum towards their side.

Chasing a humongous target of 390, the Indian batsmen were in trouble as they lost the wicket of both their opening batsmen Shikhar Dhawan and Mayank Agarwal in succession which left them reeling at 60 for 2 in 8.3 overs. The responsibility of reconstructing the innings from the scratch fell on the Indian skipper Virat Kohli and Shreyas Iyer.

The duo amassed a decent partnership of 93 runs and was on the verge of increasing the momentum to match up to the ever-increasing required run-rate. However, the hosts managed to put a full stop to this match-defining partnership.

On the first ball of the 24th over, Moises Henriques delivered a slower short ball, and Iyer, who was batting at 38 runs off 36 deliveries, pulled the ball towards mid-wicket to find a boundary. However, his hopes of making his innings big were dashed by Steve Smith who dived towards the right in the 30-yard circle to take a breath-taking catch. Smith successfully completed the catch and Iyer had to go back to the pavilion.

ALSO READ: BCCI Finally Resolves The Issues Regarding the Injury of Rohit Sharma?

This spectacular catch by Smith left the cricketing fraternity awestruck and one among them was the International Cricket Council (ICC). Praising the batsman for his brilliant effort, the official Twitter handle of ICC tweeted, “What a screamer of a catch by Steve Smith to get rid of Shreyas Iyer.”

What a screamer of a catch by Steve Smith to get rid of Shreyas Iyer! 🔥🔥🔥 #AUSvINDpic.twitter.com/VjOLpjcdak

Steve Smith also had a phenomenal contribution with the bat in the second ODI against India at SCG as he amassed his second consecutive century as the Indian bowlers looked out of the rhythm and failed to find the perfect length. With the help of 14 boundaries and 2 sixes, Smith scored 104 runs in just 64 deliveries. He lost his wicket to Hardik Pandya but had done his job by then for Australia to post a massive total on the board. 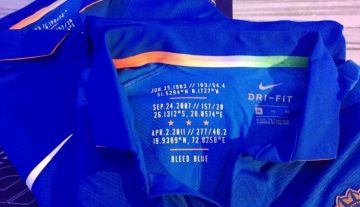