Scotland skipper Kyle Coetzer directly blamed a controversial lbw decision as his team narrowly missed out to qualify for the World Cup place with defeat by the Windies on Wednesday. Scotland lost by five runs on the Duckworth/Lewis method after rain arrived in Harare with them 125 for five chasing 199 to win.

The Windies became the first team to qualify for the 2019 World Cup, with Scotland knocked out of contention. Richie Berrington was given out lbw for 33 to a delivery from off-spinner Ashley Nurse which clearly seemed to be missing leg stump.

With the ICC opting not to implement DRS in the qualifiers, that wicket left Scotland behind the par D/L score when the match was called off with 14.4 overs remaining. talking about the same, Coetzer said, “Clearly that lbw decision is not sitting very well with us right now. It’s not the first one in this tournament. In a competition like this, it comes down to a big game like that. Two critical moments in two critical games have potentially cost us. So we’re not feeling too flash right now.”

Scotland asked Windies to bat first and was given a major boost by the first-ball dismissal of star batsman Chris Gayle off the bowling of Safyaan Sharif. Sharif struck again in his second over to leave West Indies reeling at 2 for 2, but a 121-run partnership between Evin Lewis and Marlon Samuels helped to steady the innings.

Former Scotland skipper Craig Wright and Preston Mommsen lashed out at the ICC after the match on Twitter, highlighting the decision to cut the 2019 World Cup to only 10 teams. They tweeted, “Feel absolutely sick for everyone @CricketScotland, players, support staff, administration & supporters. It’s all been said before, but this tournament has highlighted (again) so much that is wrong with the management, structure & priorities of world cricket @ICC #notgoodenough.”

Feel absolutely sick for everyone @CricketScotland , players, support staff, administration & supporters. It's all been said before, but this tournament has highlighted (again) so much that is wrong with the management, structure & priorities of world cricket @ICC #notgoodenough

Mommsen pointed out the ICC’s ‘value’ of “commitment to the global game”, saying: “@ICC I think you need to re-address your ‘values’ below, particularly your final point. Your actions as a governing body are so misaligned with this it’s frightening.”

.@ICC I think you need to re-address your 'values' below, particularly your final point.

Your actions as a governing body are so misaligned with this it's frightening. pic.twitter.com/yUyu9gTt4c

Speaking of the feeling after losing by that close margin, Coetzer said, “We feel pretty rough right now. There’s a bit of emotion going around. The guys are absolutely gutted. They’re sat upstairs right now, and finding it pretty tough at the moment.”

Despite his disappointment, Coetzer was full of praise for his team, he said, “I couldn’t say any more for our guys. They have been absolutely outstanding. There’s obviously been a lot of pressure on them. There was extreme pressure today, with pretty much the whole world barring the West Indies wanting us to turn them over. That was what we feel is for the good of the game. Try and make a scene and get us into that World Cup. But it wasn’t to be today.”

However, talking about their win, the Windies skipper Jason Holder asserted that the win brought the relief of knowing that he would not be in charge of the first West Indies team to miss out on World Cup qualification. He said, “Definitely relieved. Coming into this tournament, being here for the first time in a qualifier, we knew what was at stake. And I was really pleased with how the guys responded. We really came together as a squad and everyone put their heads together and tried to do what’s best for West Indies cricket and what’s best for ourselves.”

Zimbabwe will claim the final place at the reduced 10-team World Cup if they beat the United Arab Emirates on Thursday. 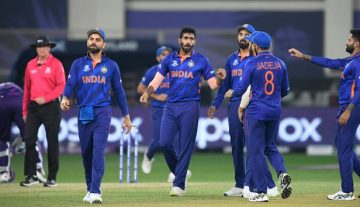