Former Indian opener, Virender Sehwag has always been known for his unorthodox stroke-play which gave him most of his success in Test cricket. He didn’t mind throwing the kitchen sink at everything. The fact that he ended with a career strike-rate of 82.23 in the longest format at the highest level manifested the threat he posed in every opposition. The Nawab of Najafgarh is now all set to make a return to the cricket field.

Sehwag will be a part of the Road Safety World Series, scheduled to be played in Mumbai and Pune from February 2 to 16, next year. The tournament will be aiming to promote road safety and a total of 110 retired international cricketers have confirmed their participation in the league.

Meanwhile, Sehwag is eyeing to face former Australian pacer, Brett Lee, who’s set to feature in the series. Sehwag will be getting a chance to open the batting for the India Legends with Sachin Tendulkar. He feels that Lee didn’t bowl much to him at his peak and now it’s a chance for him to thrash the pacer.

During the sidelines of the launch of the tournament, Sehwag said, “I am really excited to get a chance again to open the innings with Tendulkar. Also excited to face Brett Lee. He [Lee] may have not experienced that big-hitting when he was at his peak, but now this is a chance for me to thrash him. ‘Acchi Khasi pitai karunga’.”

In the World Series, Sehwag will play under the leadership of Tendulkar. The tournament will feature six teams- India Legends, Australia Legends, South Africa Legends, Sri Lanka Legends and West Indies Legends. The league will have a total of 10 league matches where teams will play against each other after which a final would be played. The organizers seem to have gotten a nod from the BCCI last year. 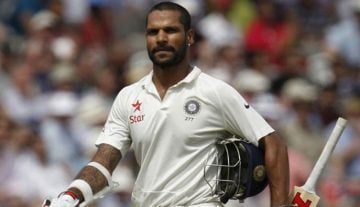