Bangladesh captain Shakib Al Hasan acknowledged the fact that he let his emotions took the better of him on Friday after heated exchanges with the Sri Lankan cricketers during the tri-series Twenty20 in Colombo.

The Tigers defeated Sri Lanka by two wickets to set up a final with India but not before fans witnessed ugly scenes in the final over at R. Premadasa Stadium. Needing 12 off the last six balls in their 160-run chase, Bangladesh batsman Mustafizur Rahman faced two bouncers from paceman Isuru Udana and was run out after missing the second.

The visitors challenged the call of the leg-umpire, saying it was a no-ball due to its height. Thay left Shakib fuming on the boundary and even waved to call the batsmen back to the dug-out. But sanity predominated and Bangladesh got over the line Mahmudullah Riyad hit the winning six on the penultimate ball.

Talking to the reporters after the match, Shakib said, “I wasn’t calling them back. I was telling them to play. You can describe it both ways. It depends on how you see it. We are all humans and making mistakes is in our nature. We should take it on our chin and move forward. We always had healthy competition on the ground, but outside, we are friends. Emotions take over, I need to be careful as a leader of a team, I will be careful next time.”

Bangladesh cricketers were also alleged of violent celebrations by the ground staff at the stadium after a glass shutter was found broken in their dressing room. The team did not respond to the accusations.

The final of the tournament, which celebrates 70 years of Sri Lankan independence, is slated to take place on Sunday. 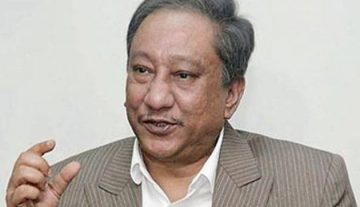