The legendary Australian spinner Shane Warne will be joining the Rajasthan Royals this year as the mentor. He led the Rajasthan franchise to their triumphant win in the final of the inaugural edition of the Indian Premier League in 2008 and the former leg-spinner returns to the league as it heads to season 11 this year. The Australian had revealed that he will return to the cash-rich tournament, having last played for the Royals in the tournament in 2011.

And on Tuesday Warne confirmed that it would indeed be in the role of mentor for the Royals as he tweeted: “Very excited to be joining the @rajasthanroyals in this years #IPL as team mentor!”

Very excited to be joining the @rajasthanroyals in this years #IPL as team mentor ! https://t.co/WdrzDAIDZl

Talking about the association, Warne said: “I am very happy and excited to be back with the Rajasthan Royals who I believe hold a very special place in my cricketing journey. I am overwhelmed by the love and affection showered on me by the franchise and fans of Rajasthan Royals. We have a strong, young and energetic bunch of boys and I am looking forward to working with them.”

Earlier, taking to Twitter, Warne wrote: “Looking forward to making an announcement to you guys this week which I’m very excited about & yes it involves the #IPL2018 !”

Looking forward to making an announcement to you guys this week which I’m very excited about & yes it involves the #IPL2018 !

Talking about Shane’s comeback, RR’s co-owner, Manoj Badale said, “We welcome back Shane Warne as Rajasthan Royals mentor. He is a legend of the game and what he has achieved in Rajasthan Royals is unmatchable.”

He further added, “Bringing back Shane Warne is also a way of giving back to our fans who have stood by us in trying times. As we are looking to build a strong team that can be in contention for the title, we believe Warne is the right person to mentor the Rajasthan Royals. Zubin has also contributed immensely to the growth of the team and we are happy to have both backs on board. We are excited and looking forward to a successful comeback.”

In the history of IPL, Warne has taken as many as 57 wickets in 55 games for the Royals and most interestingly he was considered the man responsible for guiding the young brigade to the title in the inaugural season of the cash-rich league.

Earlier, several IPL franchises took to social media to welcome Rajasthan Royals, who are returning to India’s biggest money spinner after serving a two-year ban. In this year IPL auctions RR bought the top-3 costliest players as they bought Ben Stokes for a whopping ₹12.5 crore in this year’s auction in Bengaluru. Then came Jaydev Unadkat who was bought for ₹11.5 cr and the third one was KL Rahul who was bought for ₹11cr. 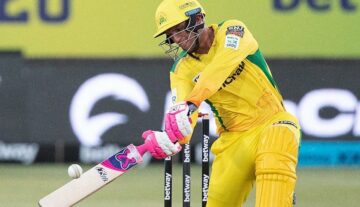