Shane Watson is feeling a real honor to play with CSK, who have a great history in IPL. According to the CSK website, he said, “It is going to be a real honor to play for such a great franchise with the history that the Chennai Super Kings have, and the thought of playing under the great Mahendra Singh Dhoni excites me a lot.”

In their eight editions of IPL history, CSK had every time finished on the top four positions. CSK were two-time IPL champions and four-time IPL runners-up. Apart from that, CSK had also won Champions League T20 for two times, the tournament which is now defunct.

Watson is playing IPL since the inaugural edition (2008). He had played for Rajasthan Royals from 2008 to 2015, while he had also served for Royal Challengers Bangalore in last two editions (2016-2017).

Watson said, “It is going to be a little strange initially as CSK were one of Rajasthan’s big rivals which started way back in the first year of the IPL. But it won’t take that long to subside.”

Though he took retirement from international cricket in 2016, the 36-year old Watson is still a regular member in T20 leagues across the globe. Watson commented about that by saying, “I still absolutely love playing the game which is an easy motivation in itself. I still love the thrill of the unknown of every game and I am extremely competitive and so I have no problem with motivation at all for each game.”

In his long 10-year IPL career, Watson has the good records with both bat and ball. Playing 102 IPL matches, the right-handed batsman has scored 2,622 runs with 138.65 strike-rate. Apart from that, the right-arm medium fast bowler has also claimed 86 wickets in his IPL career.

Watson also spoke out about CSK’s powerful squad. He said, “Any CSK squad with Dhoni, (Suresh) Raina and (Ravindra) Jadeja as a starting point is going to be incredibly good and is always going to compare really well to the previous years.”

Earlier, CSK head coach Stephen Fleming lauded on Shane Watson’s ability on the T20 circuit. After the 2018 IPL Auction, Fleming commented, “Watson is a proven performer on the T20 circuit. He is in good touch as well. He is someone who can bat at the top of the order, come in late in the innings and also bowl a few overs at the death.”

“When we combine what Watto offers with that of the likes of Raina, Jadeja, (Kedar) Jadhav and Harbhajan (Singh), we have a multi-skilled team in our ranks. That, to us, is very important and it gives us options throughout the course of the season,” he said. 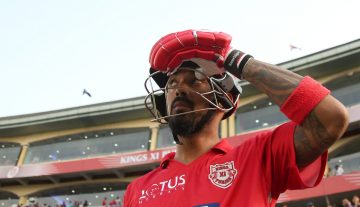